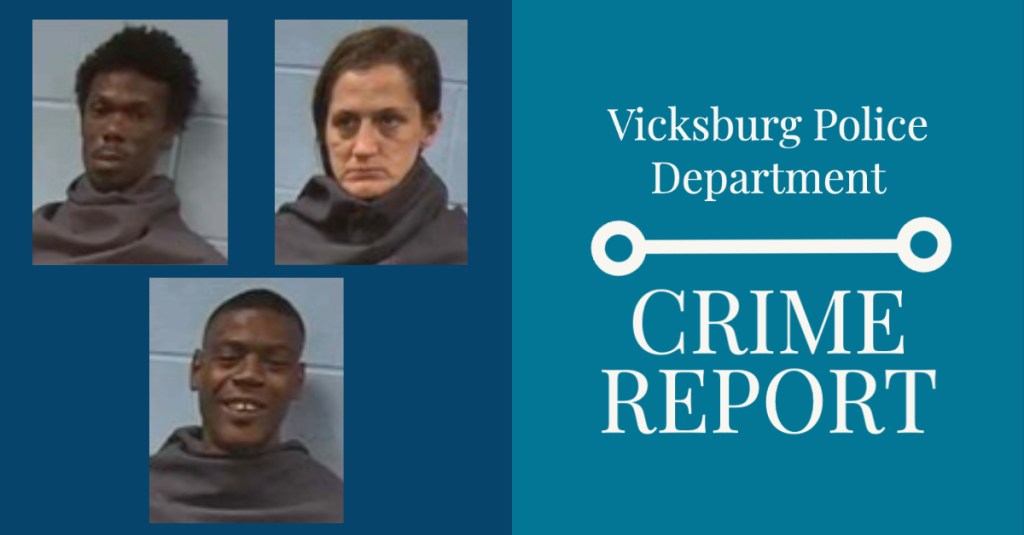 A Vicksburg man was being held in the Warren County Jail in lieu of $125,000 Friday after his arrest on drug charges during a disturbance on Cain Ridge Road Wednesday.

Raheem Davis, 26, was arrested about 9:22 p.m. Wednesday after Vicksburg Police officers responding to a report of a disturbance at an apartment complex on Cain Ridge Road found he was in possession of 54 Ecstasy pills, 100 oxycodone pills and cocaine.

• A Vicksburg woman was charged with possession of methamphetamine after she was arrested on a warrant from Rankin County.

Amanda Smith, 38, was taken into custody at a traffic stop on Clay Street about 8:30 a.m. Thursday on a Rankin County warrant charging her with shoplifting. While she was being booked at the police station officers found .07 ounces of methamphetamine.

Judge Angela Carpenter set her bond at $2,500 at an initial appearance Thursday in Vicksburg Municipal Court.

• A Crystal Springs man was being held in the Warren County Jail in lieu of a $35,000 bond after his arrest Thursday for possession of marijuana after a stop for traffic violations about 10:7 a.m. Thursday on Clay Street.

Myron Henderson, 36, was arrested on the drug charge after officers found 1.48 ounces of marijuana during the stop.

• Officials with the Vicksburg Animal Shelter, 70 Old Mill Road reported about 10:50 a.m. Thursday that someone fired a gun at the shelter while two people were inside the building.

• An iPhone 11 valued at $1,200 was reported taken about 2:31 a.m. Friday from a residence in the 1900 block of Halls Ferry Road. The victim said someone used a screwdriver to pry open the door and enter the residence.