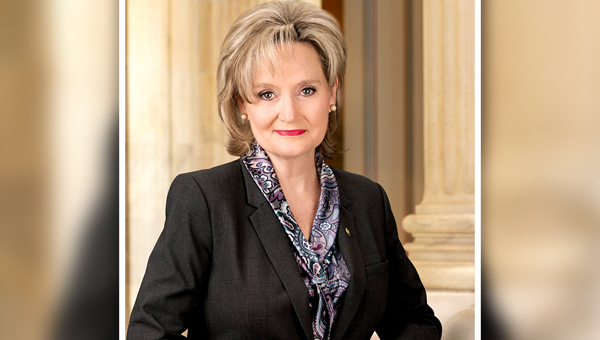 WASHINGTON, D.C. – U.S. Senator Cindy Hyde-Smith (R-Miss.) on Thursday focused on issues of importance to Mississippi within the proposed FY 2022 budget for the U.S. Department of the Interior, including offshore energy development, repairs to the Vicksburg National Military Park and Land and Water Conservation Fund (LWCF) projects.

The Senate Interior and Environment Appropriations Subcommittee today conducted a budget oversight hearing for the Interior Department and its related agencies, such as the National Park Service.

“There are a lot of problems with the proposed Interior Department budget, but I appreciate Secretary Haaland’s commitment to work with us on issues affecting Mississippi. The administration’s antagonistic approach toward offshore oil and gas production in the Gulf of Mexico remains a central problem,” Hyde-Smith said following the hearing.

Questioned by Hyde-Smith about offshore energy production and development of a new five-year leasing plan, Interior Secretary Deb Haaland and Principal Deputy Assistant Secretary Rachael Taylor indicated that an ongoing review of federal energy programs, along with court actions, will determine the future of oil and gas leases on federal lands and waters. Late Tuesday, a federal judge placed a preliminary injunction on President Biden’s pause on all new leases.

“This is the most visited tourist attraction in Mississippi. It’s a fabulous park,” Hyde-Smith said. “I appreciate that commitment because these sites are significant historic and economic draws for Vicksburg and my state. Will you give me an update on the progress of that work and any outlook for work on any other backlogged maintenance needs there?”

“It’s important to us, too,” Haaland said. “We know that the park is, unfortunately, still impacted by the record rainfall that it received in 2019 and 2020. And additional storms are predicted, of course, and they’ve continued to cause issues… The work continues to recover and protect the remains and stabilize the National Cemetery terrace and Indian mound, and also to repair roads. So, the park has a number of repair projects underway. We are working on that.”

Hyde-Smith also expressed her appreciation for Department of the Interior and NPS use of appropriated funds and LWCF resources to facilitate Civil Rights Movement Preservation projects, including the Medgar and Myrlie Evers Home National Monument and the Forks of the Road project at the Natchez National Historical Park.

“I am thankful that projects like Forks of the Road are being recognized, and I look forward to working together to ensure that an investment in federal funds and personnel is achieved to fully complete these projects,” Hyde-Smith said. “Another important aspect of the Land and Water Conservation Fund, is that it is mainly funded through offshore oil and gas leasing to help strengthen communities, preserve our history, and protect our national endowment of lands and waters.”