Truck overturns on Clay Street I-20 ramp, ties up traffic 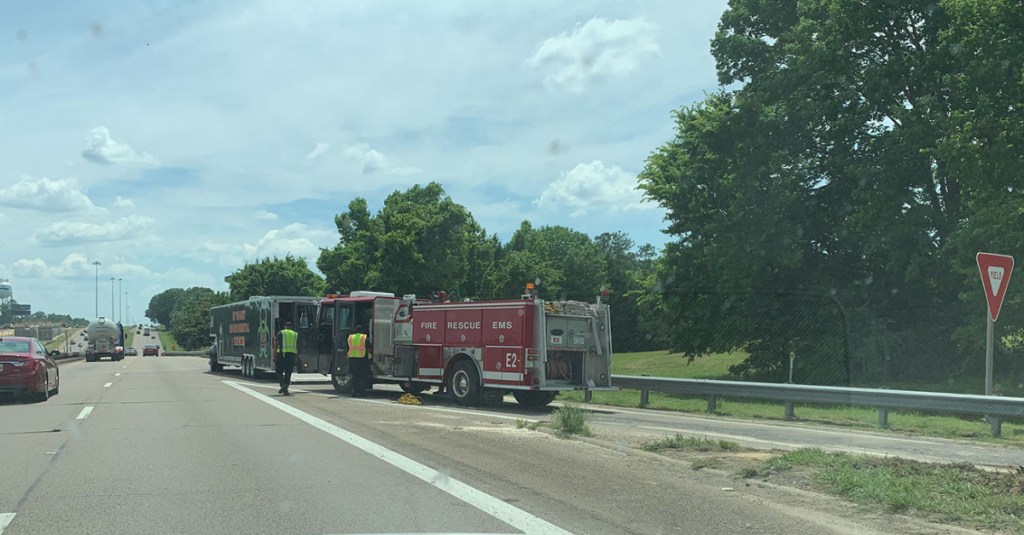 A hazardous waste cleanup crew works with first responders to clean an area of Interstate 20 where an 18-wheeler overturned on Friday. (Photo by Terri Cowart Frazier)

Westbound traffic on Interstate 20 east of Clay Street was backed up for more than four hours Friday when an 18-wheeler carrying rolls of plastic overturned on the westbound Clay Street onramp.

Vicksburg police traffic investigator Leonce Young said Chance Brister, 25, of Jayess, the driver of the 18-wheeler, was not injured in the wreck, which closed down westbound traffic east of the Clay Street entrance from 10:09 a.m. to about 2:45 p.m. There were no other injuries and no other vehicle hit the truck, Young said.

Young said Brister told officers the truck was hauling 18 rolls of plastic, each weighing about 2,500 pounds.

Brister said he was going up the ramp when the load shifted, causing the truck and trailer to overturn in the entrance lane. Young said the truck was unloaded and two wreckers were used to right the truck.