‘This is so fun’: Miss Mississippi production team behind-the-scenes 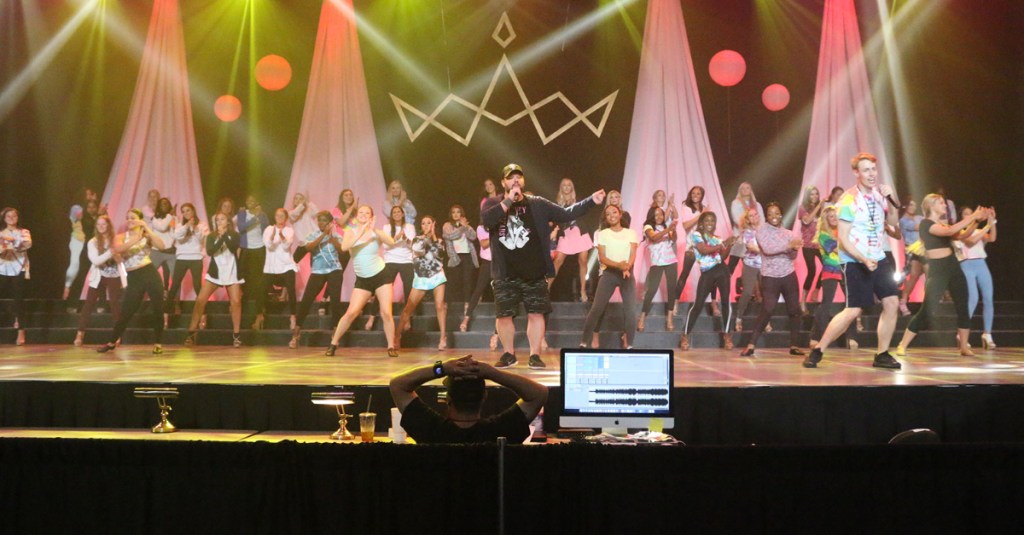 When the lights go down and the curtain goes up, 39 candidates will compete for the crown of Miss Mississippi. On Saturday night, only one will wear it.

Wednesday night will usher in the first of the three preliminary competitions to be held at the Vicksburg Convention Center.

On Saturday, the final round of the competition will take place with the top 10 re-competing for the Miss Mississippi title.

For months, candidates, as well as the Miss Mississippi production team, have been preparing for the competition.

Two of those on the team are Nancy Robertson who is serving as the producer and Jennifer Tillotson, co-producer.

As educators, both women have worked in tandem with musical productions throughout their teaching tenures with Robertson as producer and Tillotson as piano accompanist.

Robertson has also served as the Artistic Director for the Mississippi Boychoir.

For the theme of the production, the women chose Bold, Brave and Beautiful.

“We wanted to use words that describe these wonderful young ladies and what they are all about. They are Bold in their preparation and presentation of their talent on stage in front of thousands of people; they are Brave in their Social Impact Initiative and how they make such a difference in their community and our state; they are Beautiful both inside and out,” Tillotson said.

Musical numbers to reflect the theme include “Good to Be Alive,” “Unbreakable,” “Faith” and “The Way You Look Tonight.”

“We added a new song, ‘Move,’ this year which states, ‘I’m not about to give up, because I heard you say there’s gonna be brighter days,’ and boy is that the truth,” Tillotson said.

Robertson and Tillotson were already prepared for the 2020 competition before the pandemic hit, therefore they decided to carry over their theme for 2021.

“’Move’ will also be performed as a tribute to Dr. Briggs Hopson, Jr., who served as the CEO of the Miss Mississippi Pageant for many, many years,” Robertson said.

Serving as the emcee for the production is Becky Pruett Denham, Miss Mississippi 2001.

Ted Laney, who is from Atlanta, Ga., and Sam Lovorn will serve as the choreographers.

“Ted is also responsible for staging the show, not just the production numbers,” Robertson said.

Lovorn, a choir director at Warren Central High School, is in charge of the Belles and Beaus, the children awarded crowns as part of the Miss Mississippi event.

Both Robertson and Tillotson said they have enjoyed working on the show and are excited about the production.

“Finally seeing the production that we have worked on for two years come to life is the most exciting thing,” Tillotson said. “Nancy and I met with the entertainers last week and recorded all of the music at Kimble Slaton’s and we had a blast. We would look at each other and say, ‘This is so fun.’ It was exciting,” she said.

Tickets for all four nights of the competition are $125 and are available at the Miss Mississippi Corporation office, 820 South St. on the fourth floor or by calling 601-638-6746.

This year, the Miss Mississippi competition will be live-streamed. Packets are $15 a night or $36 for all nights and are available at missmisslive.com.

The last night of the competition will be televised on WLBT.