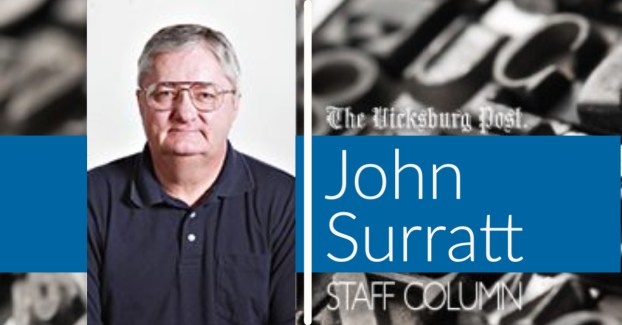 Are Vicksburg’s municipal departments due for an overhaul?

I ask that question after hearing Mayor George Flaggs, Jr. give notice that there may be some changes in city departments and all department heads will have a six-month probation period before their jobs are declared permanent.

It’s enough to wonder what other appointments the mayor has in mind as we approach the July 1 inauguration ceremonies for mayor and North and South Ward alderman. The mayor is supposed to announce the department heads at the first meeting of the Board of Mayor and Aldermen on July 6. Already we’ve received a hint that the mayor will announce his nominee for police chief Tuesday.

But the mayor’s appointments are just one part of what this new term may bring.

While there will be some new issues, like a new port for the city, many issues will be holdovers from the last four years like infrastructure, crime and streamlining government.

And there are many questions for this new term.

Will we see any more changes in the city charter concerning how the municipal government operates, or will we move to change the city’s form of government?

How much room will the mayor give his new police chief and the deputy chief over the homicide and gang unit? The mayor carries the title of police commissioner, a position that gives him authority over the police department. He has expressed his desire to crack down on crime and enforce a zero-tolerance policy on crime. One has to wonder if he will give the police administration enough leeway to get the job he wants done.

How will the board handle its share of the federal COVID funds it will receive from the state? The mayor has indicated he wants to leverage the money to borrow funds to finance infrastructure improvements, including a street paving program and necessary sewer and water system upgrades.

Will the board find a way to handle the problems with dilapidated properties? Each board meeting brings another crop of property owners who have failed to comply with city ordinances and clean up their property. While there is a process the board must follow under the law, one has to wonder when it will say enough is enough and crack down on repeat offenders. Maybe it’s time for the board to consider possibly expanding its slum clearance ordinance.

How the board and the mayor handle these problems will determine how successful this term will be. These past four years have seen Vicksburg grow and improve economically. The board needs to continue that and handle its still-nagging problems. How it handles the problems of cleaning the city of blight, crime and improving infrastructure will determine how successful its term will be — and whether the voters did the right thing at the polls.

By Nancy Bell, Vicksburg Foundation for Historic Preservation.  The house on the left of the photo is a late Queen... read more