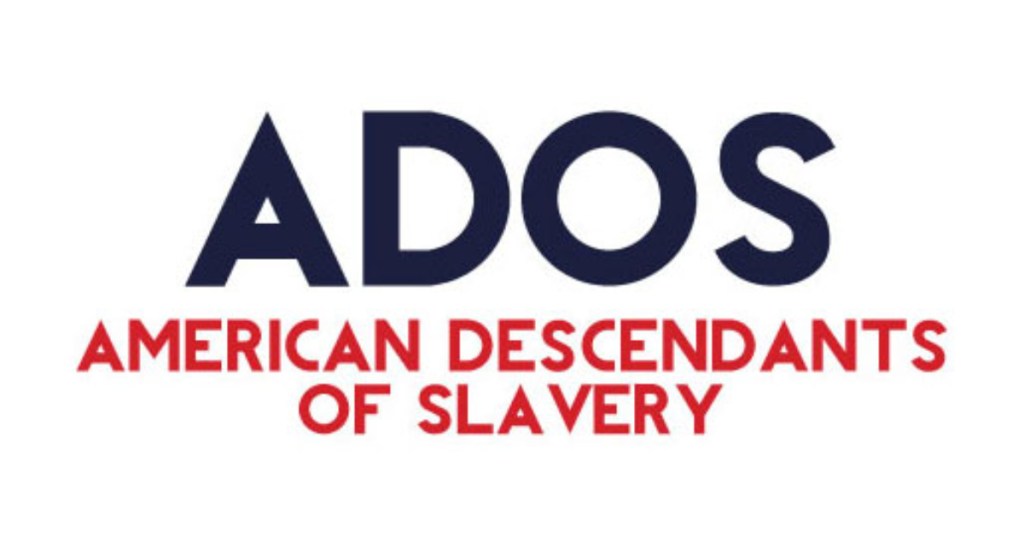 The co-founder of the Mississippi chapter of the American Descendants of Slavery wants to see reparations paid to the majority of Black Mississippians who trace their lineage to chattel slavery in the United States, during the nearly 250 years when that institution shaped the country’s economy, culture and even the Constitution.

The national group started as a Twitter hashtag (#ADOS) in 2016 to draw attention to the racial wealth gap. Carney helped found the Mississippi branch in 2019.

He and his fellow ADOS Mississippi members believe the Magnolia State — where in 1850 a majority of the population was enslaved and which today has the country’s largest Black population by percentage — should be a leader in the national conversation around reparations. Or, to use the term he prefers because it is more palatable to politicians, “restorative justice.”

Their group is not large, with about two dozen members earlier this year and a Facebook group with nearly 400 people. But they have reached out to elected officials around the state and made a presentation to the Mississippi Legislative Black Caucus in December 2020.

Last Wednesday, just before the House of Representatives voted overwhelmingly to make Juneteenth a federal holiday, Carney called the news a “two-edged sword.”

On the one hand, he says, recognizing Juneteenth lends credence to the ADOS principle that the descendants of enslaved people have distinct experiences in the American past and present that are not captured by the racial category “Black.”
But on the other hand, recognizing Juneteenth requires no redistribution of wealth, no “restorative justice.” Perhaps because of that, it passed the Senate unanimously and in the House with just 14 opposition votes.
“We want policy, we don’t want pandering to our community,” he said.

CONTROVERSY AROUND ADOS
Critics of ADOS call the group xenophobic, because they focus on Black Americans who trace their lineage in the U.S. to American slavery, not on Black people whose families arrived in the country more recently, as immigrants. ADOS advocates argue descendants of enslaved people have a specific legal claim for justice against the U.S. government. And they point to data showing immigrants from Africa have higher educational attainment than Americans overall.

ADOS also drew attention and some outrage for its advocacy in the 2020 election, when it urged Black voters to vote down-ballot Democrat and consider withholding support from the Democratic nominee for president if he didn’t make a strong commitment to reparations. Some critics have speculated that ADOS Twitter accounts are actually Russian bots, but reporters for the New York Times and ABC News found no evidence of that, or that ADOS was part of a coordinated misinformation campaign.

In January, a paper in a Harvard Kennedy School journal argued that by discouraging Black voters from supporting the Democratic candidate for president, ADOS was engaging in “disinformation,” even if no Russians were involved.
Carney calls those criticisms “smears” and says the group’s advocacy has shifted the national conversation around reparations paid from the federal government to the descendants of enslaved people.

And, he said, Democrats aren’t owed anything by Black voters.

“We’re not going to give away our votes,” he said.

LEGACY OF SLAVERY IN MISSISSIPPI
Mississippi, where an overwhelmingly white Republican Party controls the state Legislature and the governor’s office, may seem an unlikely place to foster a successful movement for reparations. But Carney argues the state ought to be leading the country on the issue.

Mississippi is the Blackest state in the country, at about 38% of the state population. The state has relatively few immigrants, so the vast majority of Black Mississippians trace their roots in this country back to the 19th century or earlier, to chattel slavery.

Mississippi was settled later than the southern states on the Atlantic, but by the 1830s, planters from Virginia and the Carolinas were moving west. Max Grivno, a historian at the University of Southern Mississippi, said some accounts from the 1830s describe roads “literally choked with slave traders” marching enslaved people into Mississippi.
Grivno said enslaved people constituted the majority of taxable wealth in antebellum Mississippi.

“It was utterly indispensable to the state’s economic development,” he said.

AN EXPECTATION OF COMPENSATION

At the end of the war, Grivno said, many formerly enslaved people believed they would receive compensation for their years of unpaid labor.

The most famous example of promised reparations was the “40 acres and a mule” pledged to each family in an order by Union Gen. William Tecumseh Sherman. But that order was overturned in 1865, and the land was taken from Black families and returned to white planters.

The effects of those policies can be seen in wealth inequality along racial lines, they say. In 2016, the net worth of a typical white family was 10 times that of a typical Black family in the U.S.

In Mississippi, Black residents have a poverty rate three times higher than that of white residents.

Reparations would have to come from the federal government, since it’s likely no state could afford the price tag. But at the state level, Mississippi ADOS activists seek the recognition of the descendants of enslaved people as a distinct ethnic group, and an examination of that group’s wealth today.

Last year, California became the first U.S. state to pass reparations legislation, with a bill to study and develop proposals. Lakeith Haslam, a principal organizer for ADOS Mississippi who lives in Brandon, said Mississippi should have beaten California to that milestone, since it’s “the state that’s the most associated with slavery.”

In December, Carney and other ADOS members met with the Mississippi Legislative Black Caucus Issues & Policy Committee. They asked the caucus to consider legislation that could recognize descendants of slavery as a distinct ethnic group.

“If we had a reparations bill in the state, I know 100 percent of (Republicans) would stand against it,” said Anthony Moore, the chapter president and a Jackson resident. “But a policy like recognizing the identity of African Americans who descend from chattel slavery, that’s not a huge ask. There’s no monetary value attached to that. …But it’s absolutely important for future litigation on the basis of our identity.”

Rep. Jeramey Anderson (D-Moss Point) said ADOS Mississippi was helping to start a conversation that is “overdue.” But action by the Legislature to support restorative justice aimed at Black Mississippians descended from slavery, like the bill in California, “still remains a far-fetched idea,” he said.

Rep. Zakiya Summers (D-Jackson) said legislation to gather data about the economic status of Black Mississippians descended from slavery would be “a good start.”

“If we are ever to achieve racial justice, it is imperative that we study the impacts of slavery and its legacy and then do right by Black people just as we have done for other communities that experienced grave injustices,” she said.

A BIPARTISAN AGENDA?
Haslam emphasized that the organization’s agenda is bipartisan.

“We’re a red, conservative state, so we gotta work with whoever is in office,” Haslam said.

He said a reparations program could be modeled after the one for Japanese Americans who were interned during World War II: Starting in 1990, the government paid a total of $1.25 billion to 60,000 survivors of internment camps and their heirs, in checks of $20,000 each.

The most prominent reparations legislation in Washington is H.R. 40, which is similar to the California reparations bill. In April, it advanced out of a House committee and now faces a full House vote, more than 30 years after it was first introduced.
Carney said one problem with H.R. 40 is that it discusses “reparation proposals for African Americans,” not specifically for descendants of enslaved people. Any race-based reparations policy would likely be found unconstitutional at the Supreme Court.

Last year, though, ADOS Mississippi activists wrote to Republican Sens. Cindy Hyde-Smith and Roger Wicker urging them to support the counterpart to H.R. 40 in the Senate. Both responded, albeit formulaically.

“Be assured I will keep your views in mind as Congress considers legislation affecting reparation proposals for African-Americans,” Wicker wrote.