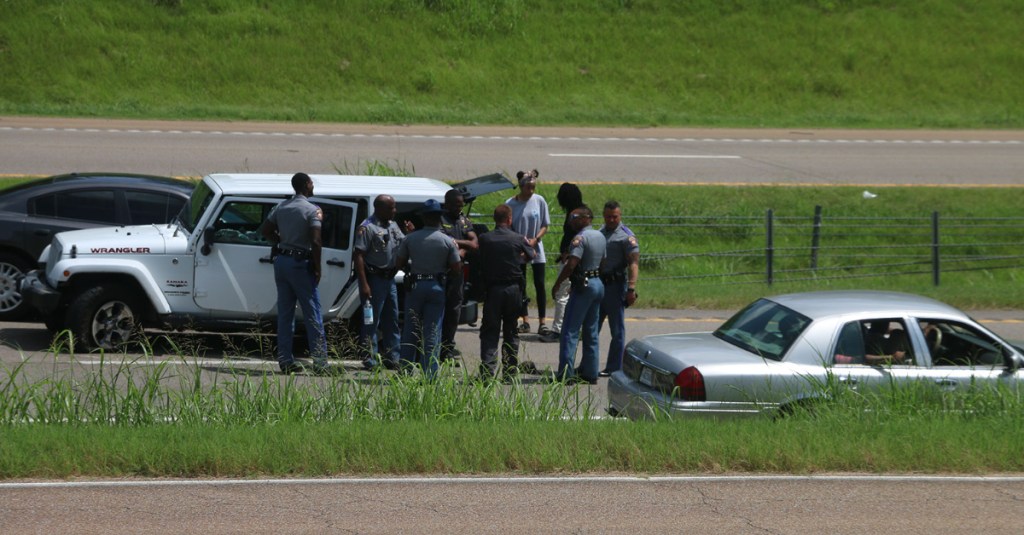 MHP Troopers surround a man accused of leading troopers on a high-speed chase from Hinds County into Vicksburg. (Photo by Terri Cowart Frazier)

The pursuit of a stolen vehicle out of Hinds County ended with a crash on Interstate 20 Westbound Sunday afternoon.

The driver of the stolen white Jeep Wrangler refused to stop for Mississippi Highway Patrol troopers, leading them on a chase that ended in Vicksburg near Indiana Avenue.

MHP troopers were then forced to use spike strips on the tires of the vehicle to flatten the tires and bring the chase to an end.

The driver of the stolen vehicle was transported via ambulance to Merit Health River Region before being taken into custody.