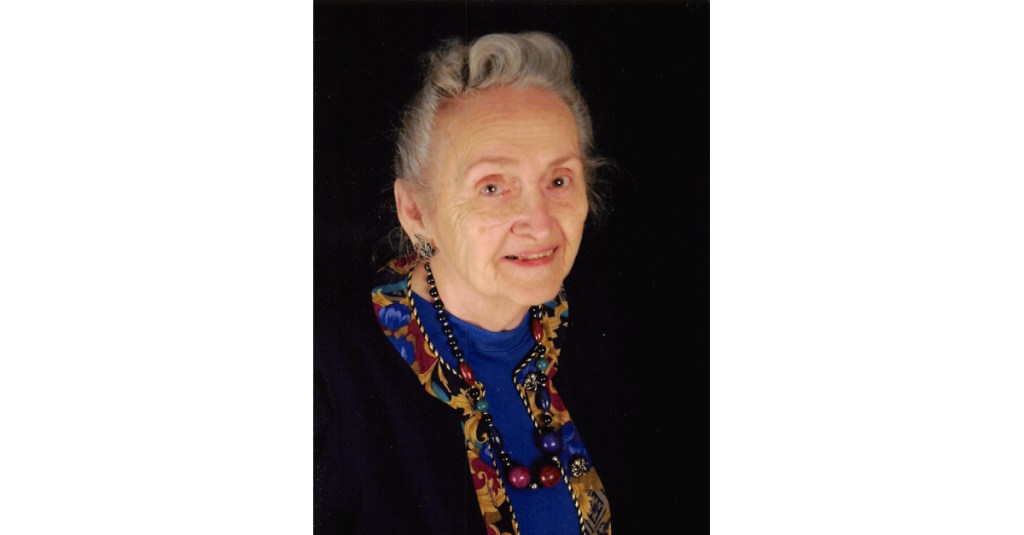 Carrie started her life journey on April 16, 1924, in Pattison, Miss., the daughter of the late John Thomas and Wilma Agusta (Abbott) Clark. She met her husband Evan Fleming while working as a clerk at LeTourneau during World War II (it was a weapon manufacturing plant during that time).

She worked many jobs throughout her life, but most important to her was being a good mom which included working with the Cub Scouts, Girl Scouts as a leader, Rainbow Girls, Ban Parents, PTA volunteer, Sunday school teacher and other duties. Carrie was insurance secretary for Farm Bureau and a 75-year member of Hyland Eastern Star Chapter #56. She was active in politics as a young woman, and kept up with changes throughout her life… Desegregation, Women’s Rights Movement and many wars, even losing a brother in the Korean War. She was always proud to be an American!

Carrie acted as a living history storyteller to her grandchildren, relating different inventions that she saw – from TV onward to Zooming. Tea parties, rubbing backs and feet of growing grandchildren made her so happy and she was so happy to spend time with them.

She loved to travel, loved to eat and feed everyone throughout her life. Depression years led to food shortage when she was growing up and hunger was well known to her. Growing up about two blocks from the railroad tracks, she used to feed hobos while her kids were growing up. She gardened throughout her entire life, bringing canned goods to her kids, grandkids, neighbors and friends.  She loved reading, softball and hunting.

She was preceded in death by her husband, Evan Fleming, Jr., her sisters: Dorothy Middleton and Lucille Collier; and her brother John Thomas Clark.

Visitation will be 5 to 7 p.m. Wednesday, Aug. 4, at Roller-Burns Funeral Home in Yellville.

The funeral service will be 10 a.m. Friday, Aug. 6, at First Presbyterian Church in Yellville, with Blake Brinegar officiating.

Interment will be in Wintergreen Cemetery in Port Gibson, Miss.

Memorials may be made to First Presbyterian Church Women’s Bible Study Group.

Memories of Carrie and words of comfort for her family may be shared at www.rollerfuneralhomes.com./yellville.