Vikings trying to build on success 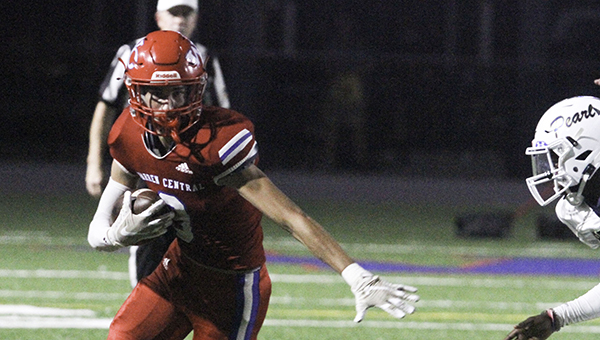 Warren Central’s thrilling, last-second win over Pearl immediately turned around its fortunes, kept its playoff hopes alive, and gave a jolt of life to a team whose season appeared to be on life support.

For a few days, at least.

A new week brought about a new challenge, and the same situation for the Vikings. They need to win the rest of their games to reach the postseason. The gauntlet began with Pearl and continues this Friday night with a road trip to Terry (1-5, 0-4 MHSAA Region 3-6A).

“Our playoffs started last week,” Warren Central coach Josh Morgan said. “We’re in a different situation. We’ve put ourselves in a hole. That’s the hand we’re dealt and we’ve got to play it. We’ve got to understand it and be really good.”

If they can play like they did last week, the Vikings (4-3, 1-3) might be in good shape. They shut out a Pearl team that had been averaging 37 points per game and mustered a game-winning drive in the last three minutes to win 3-0. Brandon Gilliam’s 33-yard field goal as time expired won it.

It was a performance much more like the beginning of the season, when they won three in a row and allowed a total of 30 points, than the start of region play when they lost three straight and gave up 108 points.

Morgan said some tweaks to the defensive scheme and personnel helped, but the biggest difference was simply playing better.

“We changed some stuff up. The biggest thing was our attitude. We were in a position where it was must-win, backs to the wall. We played very hard, took care of the ball, and played good, sound football,” Morgan said. “Defensively, we went to a 3-3 stack look to try and change up some personnel, and I think that helped a little bit. But the biggest thing was our effort and our focus, and playing at a high level for four quarters.”

Warren Central didn’t do much offensively, but did it when it mattered. Last week’s game was reminiscent of a Week 3 win over Germantown, when the Vikings scored 22 points in the fourth quarter and a touchdown on the final play of the game to win 27-24.

“We’ve been able to do that and seen that. It’s good to see us perform at a really high level during crunch time,” Morgan said. “Our biggest thing is maintaining it for four quarters and being consistent. Consistently good beats occasionally great every day. We’ve got to be able to string it together starting this week and have a level of consistency and get this thing headed in the right direction.”

If they can find that rhythm, the schedule down the stretch favors Warren Central in its quest to earn its 10th consecutive playoff berth. Its last four games are against the bottom half of Region 3-6A, while the teams above it in the standings start to beat up on each other. Warren Central could wind up as high as the No. 3 seed from the region if it wins out.

“It’s going to play out exactly how we thought it was going to play out,” Morgan said. “We just want to make sure we’re in the thick of things up until the last game. That’s our goal. One week at a time, and anything is possible. I feel like we still control our own destiny.”

It all begins with Terry, which Morgan cautioned was not to be taken lightly despite its record.

“You’ve got to be careful saying they’ve struggled a little bit. Their record says they have, but they’re very talented. They’re going to be bigger than us and they’re going to be faster than us, and they’ve played a lot of the same teams that we’ve already played. It’s tough games,” Morgan said. “We can’t afford to overlook anybody. That will not happen. We’ve got to be ready to play a talented football team, with playoff implications, and that’s our mindset.”