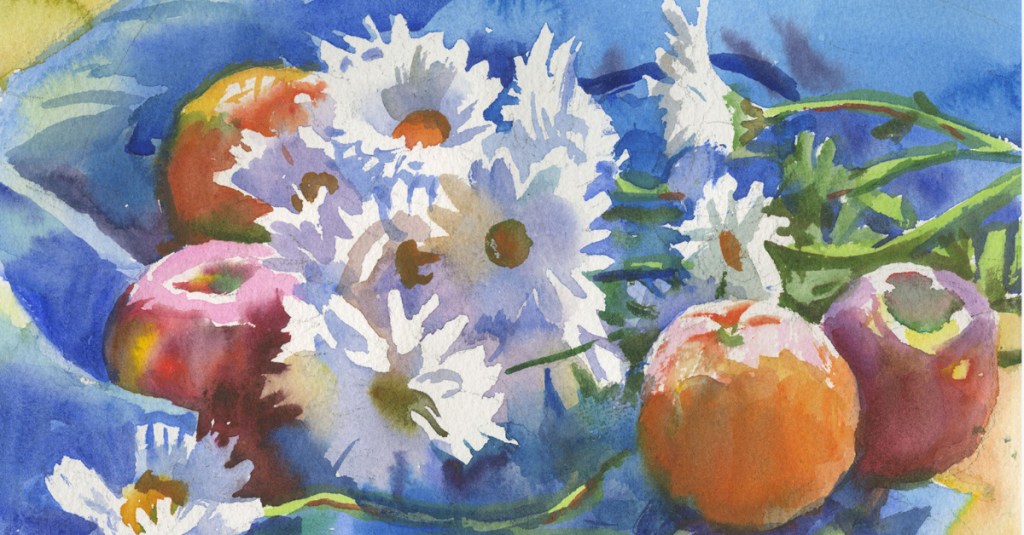 This watercolor by Mississippi artist Wyatt Waters is being raffled as part of the Sampler Antique Club's fundraiser for the Vicksburg Art Association. (Photo submitted)

In novel “A Tale of Two Cities,” Charles Dickens begins his story with, “It was the best of times, it was the worst of times…”

In some ways, this could describe the past year. The pandemic has brought much heartache and loss, but in its wrath, there have also been moments of heroism and generosity shown to those in need.

The Sampler Antique Club’s members saw a need brought on by COVID-19 and decided they would hold a raffle, with proceeds benefiting the Vicksburg Art Association.

“Because of how COVID affected the arts, this (proceeds from the raffle) is their gift back to the arts through the art association,” VAA president Randy Jolly said, adding Vicksburg Woodworks donated the tickets used for the raffle.

Jolly said the VAA board was honored the club chose to support them and is appreciative of their efforts.

The item being raffled is a watercolor still life of daisies and fruit painted by well-known Mississippi artist Wyatt Waters.

Waters, who is described as an impressionist-style artist, has had works exhibited at the Mississippi Museum of Art, the Municipal Art Gallery, the Meridian Museum of Art, Gulf/South Galleries in McComb and Bryant Galleries in both Jackson and New Orleans.

Jolly said Waters painted the still life during one of the Sampler Antique Club’s meetings.

“He did the watercolor via Zoom for one of the Sampler Club’s meetings during COVID,” Jolly said. “This was the first time he had painted via Zoom, and he (Waters) said he really enjoyed it and thought it was very successful.”

Jolly said the painting is already framed, and he estimated its value at around $1200.

Tickets for the raffle are $10 and are available from Sampler Antique Club, VAA members and at the Attic Gallery, 1101 Washington St.

They will be on sale until Dec. 3 with the winner being announced at 8:45 p.m. that night during the VAA annual Christmas gala.

In addition to the winner of the raffle being announced during the gala, Jolly said the event will include a silent auction, which will run from 7 to 9 p.m. Tickets for the VAA gala are $30 and a cash bar will be available. The dress code is black tie optional. For more information on the gala or raffle tickets, call 601-415-0934.

During the VAA’s November meeting, members worked on making their masks for the gala.

Jolly said, “I brought masks and lots of glitter and sequins and beads and buttons and stuff and they hot glued their mask they will wear.”