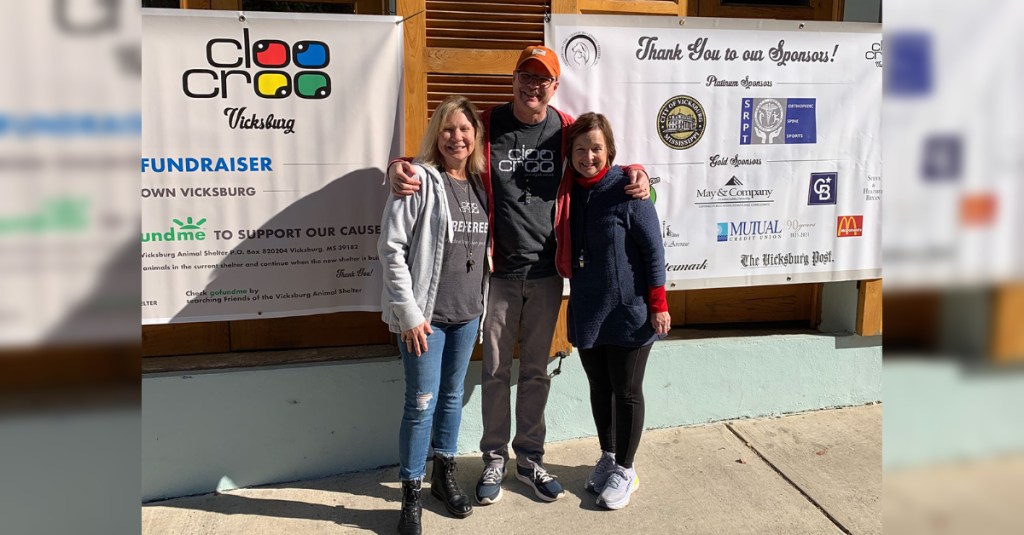 Vicksburg’s ClooCroo event was deemed a success according to organizers and event participants.

Cloocroo, a pub-hopping, team-building scavenger hunt-style event, took place on Saturday in Downtown Vicksburg. The event was hosted by Friends of the Vicksburg Animal Shelter, Inc., and a bevy of local corporate sponsors.

“It was so exciting to see teams dressed up and competing,” organizer Missy Arnold said. “It was an awesome day and we plan to be back next year.”

Winners for the event were the Brown Boykin Spaniels, in first place; the Orange Chow Chows in second place and the Sky Blue Beagles in third place. The Sky Blue Beagles also won best-dressed, with their color-coordinated costumes and wigs.

Vicksburg realtor Harley Caldwell’s team, the Blue Tick Hound Dogs, donned shirts that said “Hound Dog Realty — We’ll sniff out the deals for you!” Caldwell said she enjoyed the event and the number of people who participated.

“I hope they want to do it next year. We were a tame group, and ate more than we drank,” Caldwell said. “It was a diverse group of people, and it was good to see so many people coming out to support our community.”

A total of 14 teams participated in the event, each named after a dog breed.

Megan Clifford, who was part of Bark Avenue’s Purple Pugs team, said she was happy to have an inventive way to support the animal shelter and its advocates.

“I chose to participate because it was a really great cause,” Clifford said. “It was bigger than I anticipated, and many of the other participants are our guests at Bark Avenue. It was nice to see people outside of our normal day-to-day interactions, and we definitely want to participate again next year.”

City of Vicksburg to save from 2018 bond refinance