Jammin’ for the Kids canceled, but donations and toy collection continues 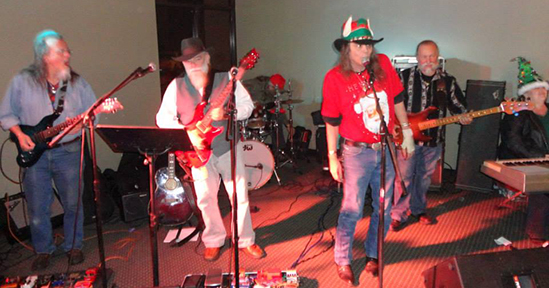 For the second year in a row, Jammin’ for the Kids, a fundraising event that features local musicians, will not take place.

“We have listened to many donors and participants of our event, and for the health and well-being of everyone involved, we have decided to not host an indoor gathering for the 24th Annual Jammin’ for the Kids,” event organizer Kemper Ehrhardt said.

The decision to cancel was due to the large number of people who have gathered in the past to attend the annual fundraiser.

However, this has not deterred organizers from continuing the tradition of raising money and taking in toys that will benefit children in Vicksburg and Warren County.

Like last year, when the event was canceled due to the COVID-19 pandemic, Ehrhardt said, collection boxes will be placed at locations around town for people to drop off new, unwrapped toys,

“If anyone wants to donate larger items, such as bicycles or unwrapped toys that will not fit in our toy collection boxes, River City Rescue will pick these items up and you can make arrangements by calling 601-636-6602,” Ehrhardt said.

For those who would rather open their wallets and donate financially, Ehrhardt said, checks can be made out to “Beyond Walls Ministries,” which is a tax-deductible 501(c)(3) organization, and mailed to or dropped off at River City Rescue, 3625 Washington St. Vicksburg, MS 39180.

Beyond Walls Ministries is an organization that provides services to prison inmates. Proceeds and toys from Jammin’ for the Kids go to support children of parents who are incarcerated and have no means to provide for them.

Since its inception nearly 25 years ago, Jammin’ for the Kids has provided toys for thousands of children in the Vicksburg and Warren County area, serving anywhere from 200 to 300 children each year.