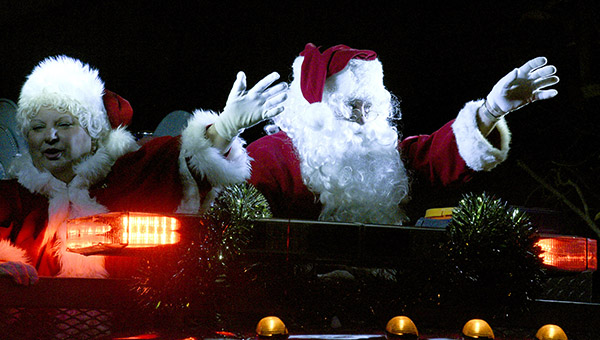 After a one-year absence, Downtown Vicksburg’s Christmas Parade of Lights will be back on the streets and glowing Saturday starting at 5 p.m.

The theme this year is “My Favorite Christmas Story.” The grand marshal is David Blackledge. Miss Mississippi Holly Brand will make an appearance in the parade and Santa Claus will also make a visit.

In past years, the parade of lights has featured floats from businesses, schools and organizations adorned with multi-colored lights moving along Washington Street, which is decorated with banners, lights and lighted displays.

Last year’s parade was canceled out of concern for COVID-19.

“We’re excited to have it back,” Downtown Vicksburg Executive Director Kim Hopkins said. “It’s so wonderful to see all the people gathered to watch the parade and to see the excitement in the eyes of the children.”

She indicated this year’s version is expected to be a big event.

“We have up to 33 floats and three bands,” Hopkins said. “I’m still getting calls from people who want to come into the parade and I’m letting them in. We’re going to have a wonderful parade.”

Hopkins said participants include floats from area schools and civic and sports organizations like the local Who Dat Nation.

Parade participants will begin lining up on Belmont Street at 3 p.m. Streets will be shut down at 4:30 p.m. and the parade kicks off at 5 p.m. and will move north on Washington Street to Jackson Street, where it will disband.