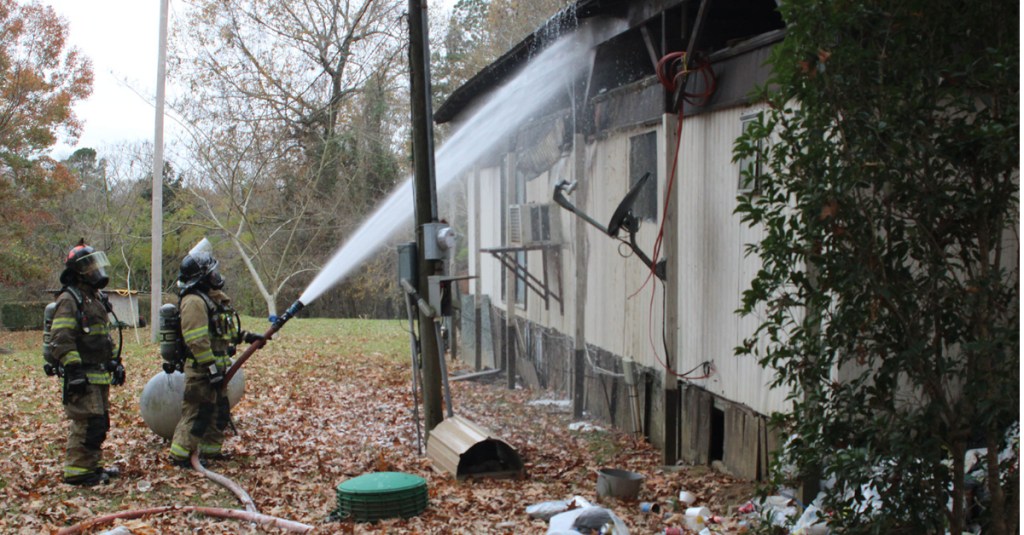 Culkin firefighters aim water at a hot spot while fighting a fire at a home at 110 Deer Ridge Road off U.S. 80. Faulty wiring is believed to be the cause of the fire, which occurred at 12:04 p.m. A woman living in the home was able to escape the blaze. (Photo by John Surratt | The Vicksburg Post)

Faulty wiring behind the kitchen stove is believed to be the cause of a fire that damaged a mobile home at 110 Deer Ridge Road.

“A neighbor called and reported he saw smoke coming out of the eaves and that there was possibly a woman inside,” he said.

When he and Warren County sheriff’s deputies arrived at the home, Briggs said, they saw a woman coming out of the house covered with soot and flames in the kitchen area. He added that Culkin firefighter Lee Williams, who had arrived at the scene, was able to get in the house and extinguish the fire, containing it to the kitchen.

Briggs said the woman told authorities she had been asleep and woke up to a house full of smoke. He said she was examined by Vicksburg Fire Department paramedics at the scene, but refused to go to the hospital. He said a cat in the house was overcome with smoke and died. 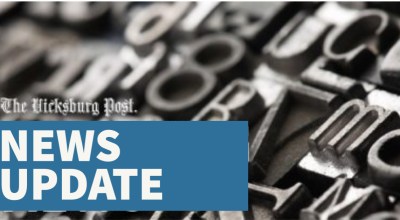