ON THE SHELF: We’re all itchin’ for some new Christmas Fiction

This column was submitted by Evangeline Cessna, Local History Librarian at the Warren County-Vicksburg Public Library.

This week, we are featuring more New Christmas Fiction.

The latest from Mary Kay Andrews is called “The Santa Suit.” Ivy Perkins is newly divorced and looking to make a change in her life, so she buys an old farmhouse without even seeing it. The Four Roses, as the farmhouse is called, requires a little labor, but Ivy didn’t realize just how much labor it would take. She finds herself sorting through all the furniture and junk the previous family left behind. Ivy finds an old Santa suit — beautifully made and decades-old — at the top of a closet. In its pocket, she finds a note written in a child’s hand. It is from a little girl whose one Christmas wish is for her father to return home from the war. This gives Ivy a mission. Who wrote the note? Did her father ever come home? Her quest sends her out into the community even though she only wants to be left alone and lick her wounds. The magic of Christmas seems to always make miracles happen. Ivy may just find more than she ever thought possible: a welcoming town, a family reunited, a mystery solved and a second chance of love.

“A Christmas in the Alps” is from Melody Carlson. Simone Winthrop discovers an alluring letter from her French great-grandmother that seems to suggest that she is heir to a family treasure. It comes as she is recovering from heartache and loss. Though ever-practical Simone thinks the claim is baseless, her best friend encourages her to find out for sure. She decides to put aside her fear of flying and board a plane to Paris at Christmastime to find out the truth. During the flight, she meets the charming Kyle Larsson, who’s on his way to France to become an apprentice clockmaker. Though they part ways at the airport, they rendezvous again in the Alps at Simone’s family’s clock factory. They may find more than the family treasure. Anything is possible with the magic of Christmas.

Bestselling author Fern Michaels is called “Santa Cruise.” Amy, Frankie, Rachael and Nina formed a deep bond while attending Ridgewood High. Now, 15 years after graduating, they’re back for the reunion, laughing, reminiscing and talking about how much has changed and what has stayed the same. Nina was the star of every school play and now she has a recurring role in a sitcom. Amy — known as the “brains of the operation” — is now a Silicon Valley bioengineer. Frankie was always outgoing and compassionate and now she works for a New York publishing house. Rachael was always boy-crazy and married — mostly to please her parents — but she is now divorced. All four are strong, successful and, somehow, still single. Frankie comes up with the idea of going on a singles cruise for the holidays. Good food, endless entertainment options and hundreds of eligible men all culminate with a New Year’s Eve celebration with multiple theme parties, dancing and fireworks. Over the course of one festive, unforgettable week, all four friends will find surprising new adventures.

The latest in Thomas Kinkade’s Cape Light series by Katherine Spencer is called “One Bright Christmas.” Lauren Willoughby returns to Cape Light for the holidays even though she hardly feels festive. She has come home to heal from a bad breakup and a career setback. While freelancing for a local law firm, Lauren meets Cole McGuire, a widower and single father, as difficult to deal with as he is handsome. His sweet daughter Phoebe is instantly drawn to Lauren’s whimsy, and Cole’s reserve is worn down by her straight-talking charm. Lauren is worried that her growing attraction to this pair will only lead to heartache. Meanwhile, a movie crew has descended upon Cape Light and has the entire town starstruck. Everyone except Lucy Bates, who harbors a secret about the film’s star, Craig Hamilton. One summer long ago, the two met at the village theatre and fell in love, but Craig wound up breaking her heart. They haven’t spoken since, and Lucy is loath to forgive him. Yet, for some odd reason, he’s shown up out of the blue. Will she accept the chance to sort out her painful past?

Susan Mallery’s latest is called “The Christmas Wedding Guest.” Though the Somerville sisters believe in love, they’ve stopped believing it will happen for them. Reggie hasn’t been home since the end of her very short engagement. She shirks her gloomy attitude, however, to help with her parents’ Christmas vow renewal. Reggie is surprised to learn that her first love, Toby, is also back and the old spark between them shines as brightly as ever. Reggie’s sister, Dena, is sick of waiting for the “one” and is pregnant and on her own — on purpose. When Micah, the handsome, sad-eyed songwriter checks into her inn, Dena provides the inspiration he needs to start writing again. They share a snowflake-speckled kiss and Micah is hooked, but Dena finds it hard to believe that a rock star could fall for a cookie-cutter small-town girl like her.

“All They Want for Christmas” is a love story by M.K. Stelmack. Bridget Montgomery’s Christmas is looking like a disaster. Her beloved aunt has passed away and left her with a struggling diner and a pile of debt. She shares this with her ex-fiancé and newly single dad, Jack Holdstrom. He’s busy raising his adopted girls by himself. As they spend more time together, Bridget finds herself drawn to the troubled girls and she feels her heart falling for Jack, again. Will her heart be shattered once again, or will the magic of Christmas help them all heal? 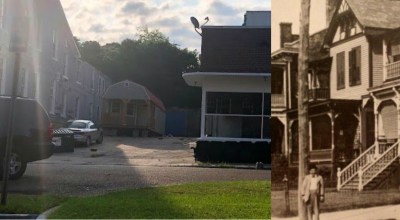 Letter to the Editor: Use compassion when writing your thoughts

GUIZERIX: I’m still proud to be an American, and always will be

FRAZIER: Christmas is on its way, and so is…