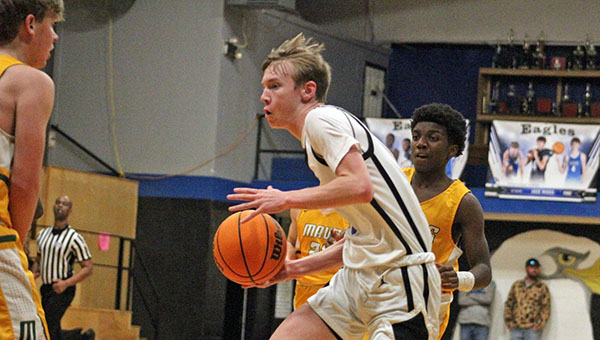 It hasn’t come close since.

The Eagles have not qualified for the state tournament, nor have they even won a postseason game after the district tournament, since winning it all in 2013.

The long, frustrating dry spell appears as if it might come to an end in 2022, however. Porter’s Chapel defeated Manchester Academy 50-40 on Tuesday for its eighth win in nine games and, with a mix of outstanding role players and several scorers, seems capable of putting a run together when the MAIS playoffs begin in February.

“If we finish 17-8, that’ll be the best the school has done since they won the state championship eight or 10 years ago,” PCA coach Walter Hallberg said. “That was my goal at the start of the year was to get to state. We have the team to do it, if we play like we’re capable of playing.”

PCA (12-7, 6-1 MAIS District 3-3A) is stuck in a district with defending Class 3A champion Greenville Christian. Its only district loss came at the hands of the Saints in December, and the rematch is Jan. 24 in Greenville. PCA was originally scheduled to play Greenville Christian on Thursday, but the game was postponed because of COVID-19 issues. The next game is Tuesday at 6 p.m., at home vs. Benton Academy.

Greenville Christian is a tough matchup for any team, but Hallberg likes how the Eagles are stacking up against everybody else.

Most of their wins during their recent hot streak have been by double digits. They led Manchester by 18 points early in the fourth quarter on Tuesday, then let the Mavericks get as close as six before closing it out.

“We’ve been playing really good. We had a tough game (Jan. 8) against ACCS and we’ll have a tough game against Greenville Christian,” Hallberg said. “If we play like we’ve played the last couple of weeks we feel like we’re going to win out. We should be 17-8 and in second place going into the district tournament.”

PCA’s success this season has been rooted in not only a talented roster, but one that is buying into its various roles and performing them well.

Chris Taylor, Nic Williams and Lawson Selby have all been in or close to double figures in points in nearly every district game. Taylor had a game-high 18 points and seven steals against Manchester, while Williams and Selby scored nine points each.

Labarre had 12 points and Hearn grabbed 10 rebounds in a 67-40 win over Sharkey-Issaquena Academy on Monday. The following night, Rogers and Washington combined for 11 points and 13 rebounds — and several clutch plays down the stretch — in the win over Manchester.

After Manchester had gotten as close as six points midway through the fourth quarter, Washington converted a three-point play and Rogers a rebound basket to blunt the momentum and keep the Eagles in front. Rogers also had a blocked shot with a minute left that led to a basket by Selby that made it 48-40.

“Those guys, I love them, because they know they’re here to play defense, rebound, and score when the opportunity comes,” Hallberg said of Washington and Rogers. “They enjoy playing because they know what they’re good at and they do it.”

Rogers also said he enjoys playing his part, and letting the others play theirs. Rogers is averaging more than 10 rebounds per game.

“We try to get better and better at it,” Rogers said of his rebounding. “Better at boxing out. We’re kind of small. But if Chris and Lawson make the big shots, that’s what matters to us.”

When it won the MAIS Class 1A championship in 2013, the phrase “Know your role” was a rallying cry for PCA. Similar to this team, it was a collection of players who excelled at their individual jobs and created a greater sum than the individual parts.

It’s been a long time, but Hallberg is starting to believe history might be repeating itself.

“We’ve got three good scorers, a bunch of good defenders, and several guys that want to play defense and rebound,” Hallberg said. “They know their roles. Everybody is starting to fill them. I feel good about the direction we’re headed, so I’m excited for tournament time to get here.” 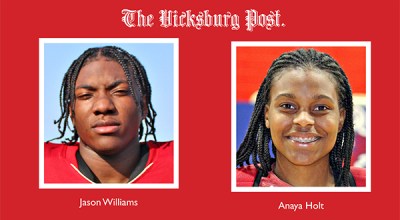