Blanche Berry Adams passed in Vicksburg on Jan. 16 at the age of 74. She was born on Nov. 5, 1947, to Hillard C “Ninny” and Ethel J. Berry Sr. the eldest of five siblings, Hillard “Butch” Berry Jr., Ethel “Bonnie” James, Donald and Jonathan (Audrey) Berry.

She was a lifetime member of St. Mary’s Catholic Church, where she started her education in the parish kindergarten and then through it’s high school until the 11 grade when the church closed the school program. She attended Rosa A. Temple High School for her senior year graduating with the class of 1965. Her higher education began at Tougaloo College where she pledged and joined Delta Sigma Theta Sorority, she later completed her degree in biology at Delta State University.

She married James P. “Ike” Adam Jr. and brought two children into their union. Throughout her life she was fondly called Blanchette or Ms. Blanchette.

Adams worked for the State of Mississippi, Vital Records Division before returning to Vicksburg as a “Day One Employee” as a table games assistant. She also worked locally at Horizon Casino, Grand Station Casino before Riverwalk Casino. She was currently employed by Riverwalk Casino where she worked until her health worsened.

She was preceded in death by her parents, Hillard and Ethel Berry Sr. and a special uncle, James C. “Uncle Charles” Berry, Jr.

She is survived by her son, David Wayne Adams and her daughter, Felecia Michelle Adams; her brother Jonathan (Audrey)  Berry and her sister Ethel “Bonnie” Berry. Three grandchildren, Jeremy, Raiven and Imani; and a host of nieces, nephews, cousins and other friends and relatives.

Visitation will be in the funeral home from 4 until 5 p.m. with the Catholic Rosary starting at 5 p.m. and the Delta Sigma Theta Omega Omega Service at 5:30 p.m.  Private Funeral services are Sunday, Jan. 23 at 1 p.m. in St. Marys Catholica Church with Father Joseph Chau Nguyen officiating; the Graveside services at 2 p.m in the Cedar Hill Cemetery under the direction of W. H. Jefferson Funeral Home with Father Joseph Chau Nguyen officiating. 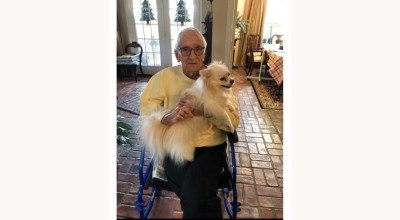