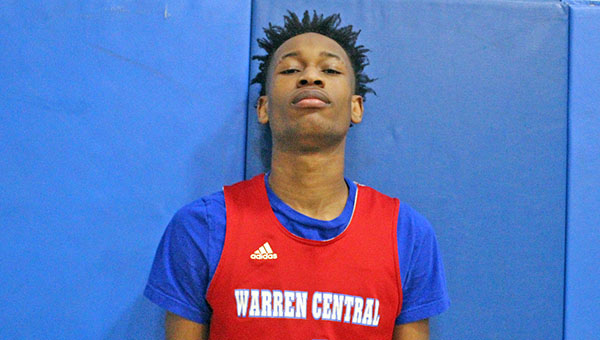 Warren Central basketball player Taylor Mitchell scored 14 points in a 48-38 win over Pearl in the MHSAA Region 5-6A boys basketball tournament on Thursday.

In a do-or-die situation, Warren Central did.

Both of Warren Central’s basketball teams avoided elimination and advanced to the MHSAA Class 6A state tournament by winning their consolation games in the Region 5-6A tournament on Thursday night.

The reward for the Lady Vikes is a road trip to the second-place team from Region 6-6A — either Meridian or Oak Grove — on Monday night. Meridian and Oak Grove play their tournament championship game on Friday.

Warren Central’s boys’, meanwhile, will travel to face either Brandon or Petal on Tuesday, after defeating Pearl (6-17) for the third time this season.

Taylor Mitchell led the Vikings (8-15) with 14 points, Gaylon Turner had 10, and DeCorey Knight seven. Warren Central built a 24-13 lead by halftime and managed to keep Pearl at bay in the second half.