New Hope knocks out Gators in Class 5A basketball playoffs 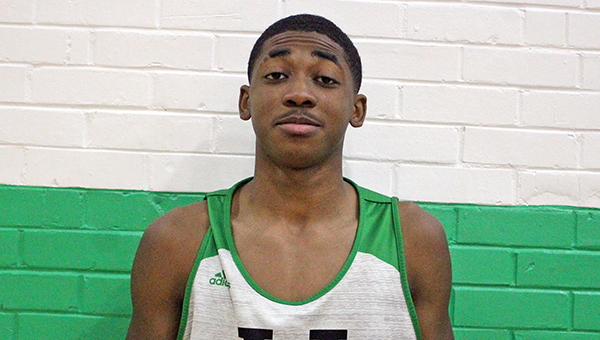 Vicksburg High's Davian Williams scored 15 points in a 65-53 loss to New Hope in the second round of the MHSAA Class 5A boys basketball playoffs on Saturday.

Vicksburg High’s hopes for a Cinderella run through the MHSAA Class 5A boys basketball tournament were squashed by one of the state’s top teams.

Caleb Parr scored half of his game-high 24 points in the third quarter, and L.J. Hackman added 13 as New Hope defeated Vicksburg 65-53 in the second round of the Class 5A playoffs on Saturday.

New Hope (20-2), the Region 1-5A champion, won its 11th consecutive game and advanced to the quarterfinals to face Cleveland Central on Feb. 26.

Vicksburg (12-17) — which only has one senior on the roster — put up a fight, but still has not been past the second round of the playoffs since reaching the Class 5A championship game in 2014.

“For a sophomore group, I think the guys fought hard. We just didn’t have enough gas in the tank,” Vicksburg coach Kelvin Carter said. “We’re not making excuses by any means, but it’s very hard and there are very few times a sophomore group went all the way to the Big House and won it all. But we can build off of this and go into the offseason and work on some things we need to work on. Next year will be bright.”

The Gators only trailed by seven points at halftime. Parr’s big third quarter helped New Hope stretch that out to double digits, however, and the Gators were not able to make a run late.

“We played hard. Just a couple of bad calls here and there, a couple of missed assignments, a couple of guys were left open,” Carter said. “We fought hard. We cut it to four at one point and they called a travel on a guy shooting a 3, and that broke our back because they came back down and hit a 3 then got a steal and a dunk. We just fell apart at the wrong time.”