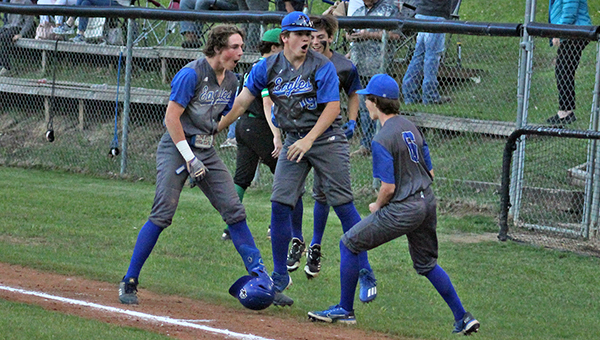 Porter's Chapel Academy baseball players, from left, Thomas Azlin, Gage Palmer and Gavin White (6) celebrate after their 8-7 playoff win over Calhoun Academy on Tuesday. Azlin drew a bases-loaded walk with two outs in the bottom of the seventh inning to bring in the winning run. (Ernest Bowker/The Vicksburg Post) 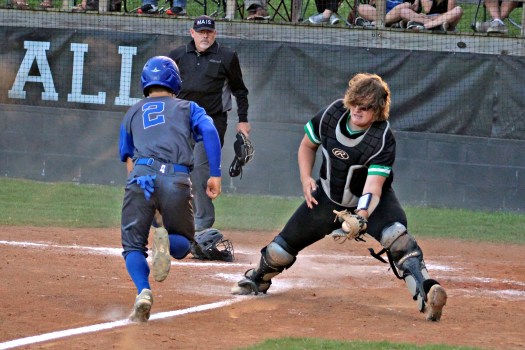 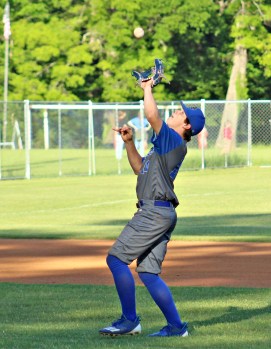 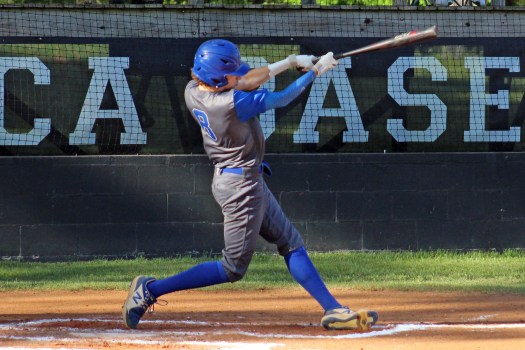 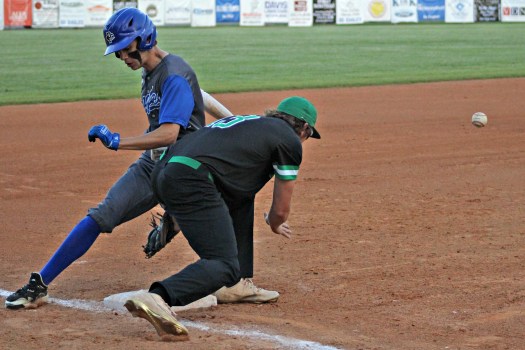 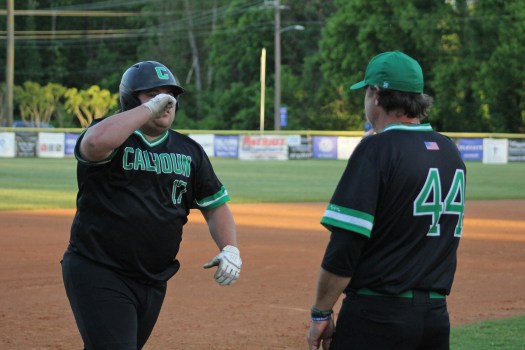 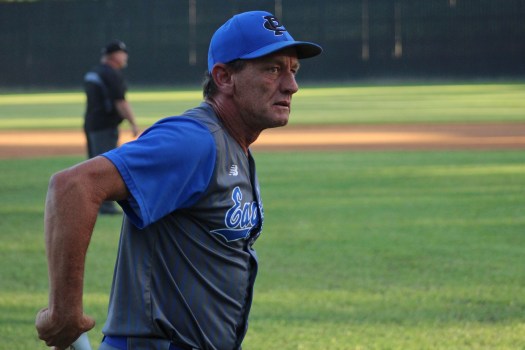 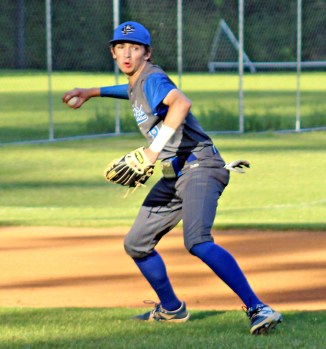 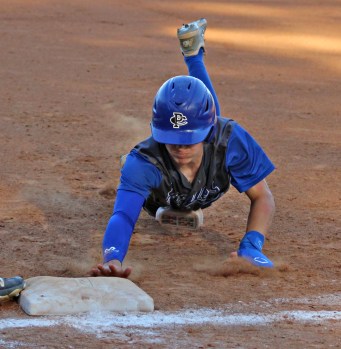 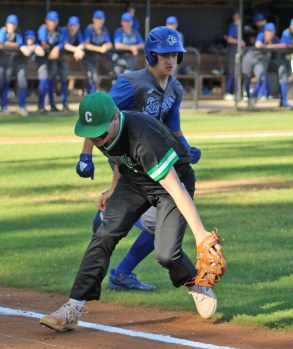 With the winning run and the memory of a lifetime 90 feet from home plate, the crowd cheering and the pressure mounting, Thomas Azlin stood at home plate and tried to process it all.

The hardest part, it turned out, was just taking it.

Instead of the game-winning hit, Azlin watched four pitches sail by outside of the strike zone for a bases-loaded walk. It was just as good, setting off a huge celebration as Porter’s Chapel Academy defeated Calhoun Academy 8-7 in Game 1 of an MAIS Class 3A baseball playoff series on Tuesday.

“It was rough,” Azlin, who drove in another run with a sacrifice fly early in the game, said of trying to wait out the walk. “I just toed the plate and took the pitches,”

PCA (15-6) rallied twice — from three runs down in the fifth inning and two runs down in the seventh — to win the opener of the second-round, best-of-three series. It can close things out and advance to the Class 3A quarterfinals by winning Game 2 Thursday at 4 p.m. in Calhoun City.

“This was a hard game, but I’m glad to come out on top of it,” PCA coach Paul Ashley said. “We have the momentum going and we hope to get one of those wins. Hope to win the first game, but if not we’ve got another chance at them. They’re a really good ballteam.”

If a Game 3 is needed, it will be played immediately after Game 2. Even with the high stakes of an elimination game, it’d be hard to top the twists, turns and drama of Tuesday’s opener.

Evan Conlee hit a two-run double as Calhoun Academy (13-5) scored three times in the top of the fourth inning to take a 4-1 lead.

PCA only had two hits in the first four innings, but strung together three in the bottom of the fifth — and was also aided by two errors — to take the lead. Zach Ashley singled in two runs and two more scored on a misplayed line drive to give the Eagles a 5-4 lead.

“We stayed up as a team and we kept fighting, even when we were down. That’s what kept us going,” Azlin said.

The drama was only just beginning, though. With two outs in the top of the seventh, Calhoun’s Jake Walls lifted a high fly ball just over the wall in right field to put the Cougars back in front 7-5.

PCA’s rowdy dugout fell silent as their team went from being one pitch away from a victory to suddenly facing another multiple-run deficit.

“I said we’ve been down three before. It’s no big deal. Believe in yourself, or we can give up and go home right now,” Ashley said. “They said, ‘We’re not going home, coach.’ And they came back and got right back in the game.”

The Eagles, indeed, did not flinch. Brayden King drew a leadoff walk and Gage Palmer followed with an infield hit. After a flyout, Taylor LaBarre hit a sinking liner that skipped past Calhoun’s Justyn Gordon as the left fielder slid while trying to make the catch.

LaBarre was thrown out trying to stretch his double into a triple, but both runners scored and the game was tied again at 7.

“That’s just showing their maturity at a young age. These guys, they fought the whole game,” Ashley said. “We got down three, came back. Got down again, came back. We stuck to our game plan. I’m proud of them. There’s nothing to stop us from going all the way but us.”

After that, PCA simply used patience to score the winning run. Conlee, who came in to pitch in relief after Palmer’s hit, walked the next two batters. He was replaced by Haze Vanlandingham, who issued another four-pitch walk to Laken Bradley to load the bases.

Finally, Azlin watched four of the five pitches he was thrown miss the strike zone for a true walk-off win. John Wyatt Massey sprinted home from third with the winning run, his finger pointing to the sky, before continuing up the first base line to celebrate with Azlin.

“It was just an adrenaline rush,” Azlin said.

J.T. McDaniel also went 2-for-3 and scored two runs for the Trojans, who scored three runs in the sixth inning and five in the seventh to blow the game open.

McDaniel also pitched two innings to combine with Etheridge and Hayes Hopkins on a four-hit shutout. Hopkins pitched four innings and Etheridge one. Together, they had 10 strikeouts and only walked two batters.

Game 2 and, if necessary, Game 3, of the best-of-three series is Thursday in Tallulah. 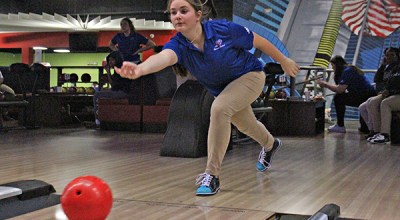 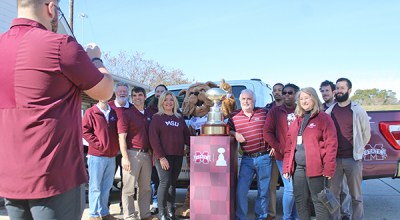