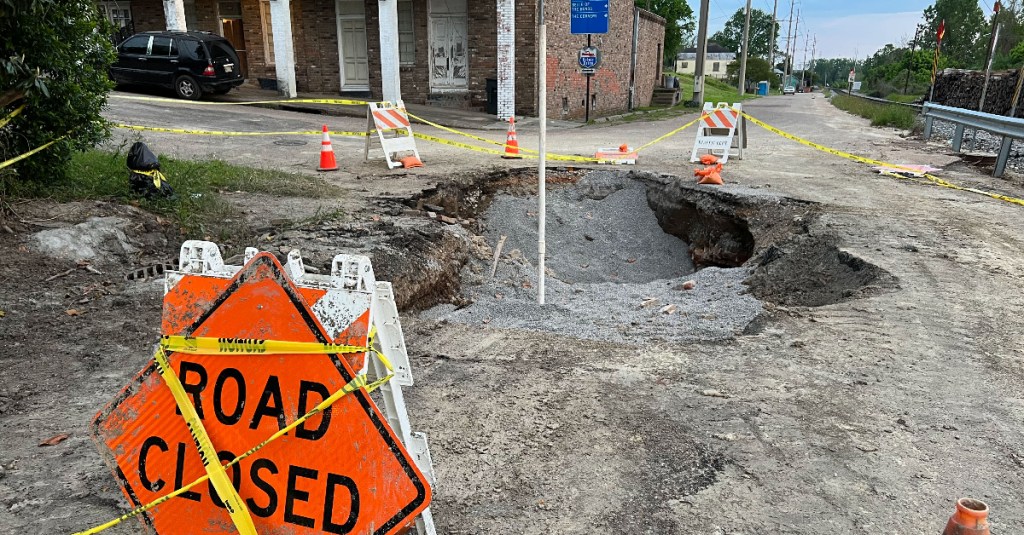 The intersection of Pearl and Speed streets has been blocked by city public works barricades after a broken water line and collapsed storm drain caused the street to collapse.

“We’re leaving it (the hole) open until people from the railroad come and look at it because the drain goes under the track,” he said.