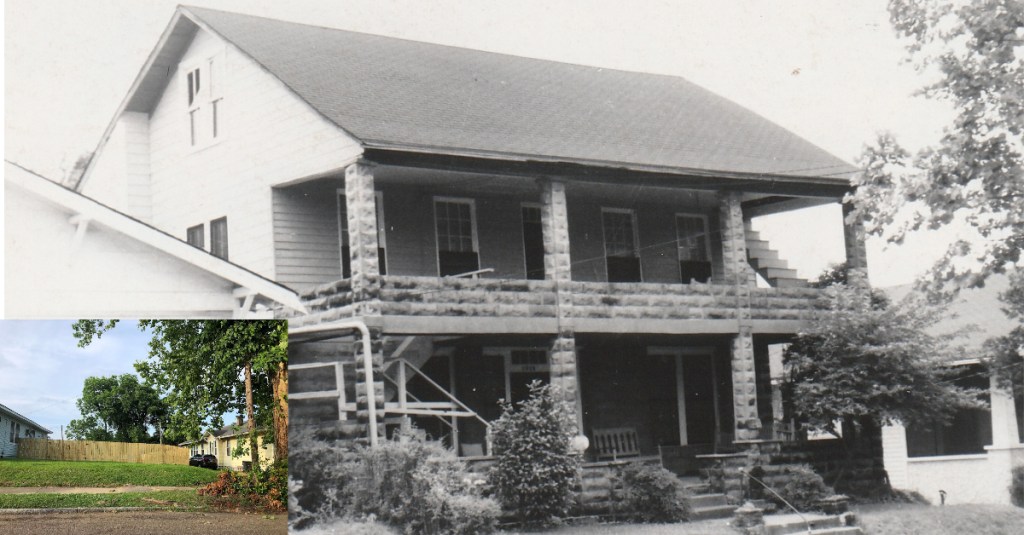 The Miles Folkes home as it stood, and (inset) the site of the home today. (Photos submitted)

This large two-story house was built possibly as early as 1837 on the south side of Grove Street, between Locust and Farmer Streets by Miles Folkes.

Folkes was born in 1807 (not sure where) and by 1832 was heavily involved in the business and civic life of Vicksburg. In 1832, he was a member of a committee that was collecting money for a fire engine to be purchased for Vicksburg. He was a partner in a number of business ventures including books and stationery, dry goods and building supplies.

He also operated the Vicksburg station for the “Four Horse Mail Coaches” company in 1836 which sold tickets on the stagecoach to Clinton where one could then catch a coach to Nashville or Natchez. Folkes was also a board member of the Vicksburg Importing and Exporting Company which started in 1838 and sold, among other things, marble mantelpieces.

In 1840, he was the mayor of Vicksburg. Folkes died in 1860 and his family continued to live in the house.

In 1886, Thomas Folkes was a bookkeeper with Delta Furniture Company and Lyman Folkes worked with the Western Union Telegraph Company. Also in the house were Miss Lily Folkes and Miss May Folkes. Lily Folkes was living in the house as late as the 1920s.

Eventually, the house would become a rental property and it was demolished in the 1980s after numerous attempts to save it.

GUIZERIX: Counting my blessings and giving thanks