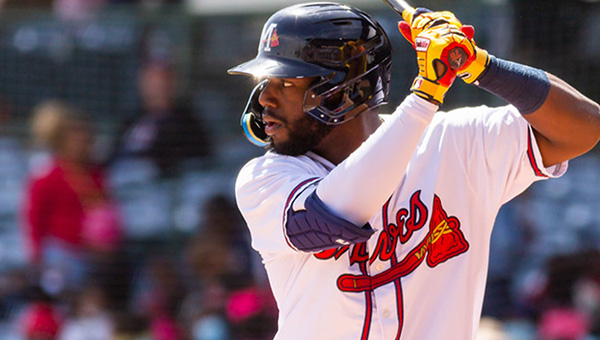 The 21-year-old Harris is starting in center field and hitting ninth against the Miami Marlins in the game that starts at 3:10 p.m.

The addition of Harris allows the Braves to move Adam Duvall from center field to one of the corner spots in the outfield.

When asked how Harris can help the Braves, manager Brian Snitker said “Well, just the defensive part of it.”

“We wouldn’t have brought him up if we didn’t think he could help us come up and win games,” Snitker said. “I mean, we’re trying to win games.”

Harris played at Class A Rome in 2021 and has never played at the Triple-A level. Snitker usually is reluctant to rush a player to the majors but said he believes Harris “a guy who checks all the boxes.” Harris is the 22nd player that has been promoted straight from Mississippi to the majors since the Braves’ Double-A affiliate moved to Pearl in 2005.

“Just he’s a very impressive kid and I enjoy watching him and being around him and getting to know him,” Snitker said. “He’s a quality kid.”

Snitker envisions an outfield with Ronald Acuña Jr. in right field, Harris in center field and Duvall in left field. That would allow Marcell Ozuna, who is starting in left field on Saturday, to serve as the primary designated hitter.

Acuña, making a comeback from knee surgery, is the designated hitter and hitting leadoff on Saturday. Acuña missed three consecutive starts due to a strained right quadriceps before coming off the bench for a pinch-hit double in Atlanta’s 6-4 win over Miami on Friday night.

Travis Demeritte, who snapped an 0-for-34 slump with a run-scoring single on Friday night, was optioned to Triple-A Gwinnett. Demeritte was hitting .213 with three homers.

Harris (6-0, 195 pounds) is from Stockbridge High School in metro Atlanta. Former Braves outfielder Jason Heyward also is from Henry County. Harris says he was often was compared with Heyward, now with the Chicago Cubs, as he developed as a prospect.

“As I grew people were comparing me to him and saying I reminded them of him,” Harris said. “It really opened my eyes and gave me a lot of confidence.”

Harris was hitting .305 with five homers, 33 RBIs and 11 stolen bases at Mississippi. He said he was told of his promotion after Friday night’s game in Pensacola, Florida, leading to a night with little sleep and a flight to Atlanta.

Harris added it was a surreal feeling to walk into the Braves clubhouse and see his name on a jersey at his locker.