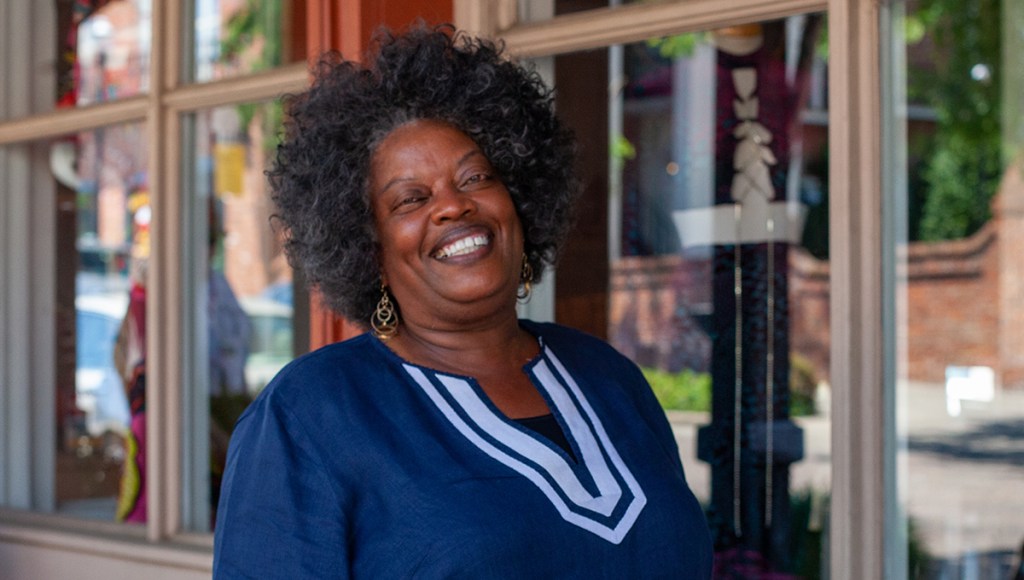 Patsy Larry is known around downtown Vicksburg for her congeniality and professionalism as a mail carrier for USPS.

Patsy Larry, the mail carrier for downtown Vicksburg, will retire from the United States Postal Service in early July after 30 years of service.

Larry is well-known around downtown Vicksburg for developing friendships with her customers and going the extra mile to ensure the delivery of their mail.

“Basically, I know everybody,” she said.

She is also well-known for her geniality and warmth.

“Every day has been really mostly a good day. I’ve liked every route I’ve had. I’ve liked the people,” she said.

Larry started her USPS carrier in Los Angeles, Calif. She moved back to Mississippi to take care of her mother, first being posted to the Jackson office, then a few years later to a Vicksburg posting where she has been working for the past 22 years.

For her retirement, Larry said she has travel plans.

“I’m going back to LA to visit some people I knew there,” Larry said. “A lot of my customers that I’ve become friends with. And I’ll still be able to do things for them. I’ll take them to the store and take the garbage in for some of my older customers.”

She said she is also excited to visit some of her favorite Mexican food restaurants while she is there, particularly El Cholo and Chabelitas. After her LA visit, she said she is considering a trip to the Maldives.

“The water is so beautiful,” Larry said. “That would be amazing.”

Jack Burns used to manage the Vicksburg Apartments and described his affection for Larry.

“She is our favorite celebrity mail carrier,” Burns said. “For one thing, she has a fabulous smile. And she has a wonderful sense of humor and a fabulous demeanor.”

Burns said that he knew Larry to go the extra mile for her downtown customers.

“Delivering mail downtown is not like a normal route,” he said. “It required a little bit of extra forethought; a willingness to understand that if a business is closed, that didn’t mean no one is there and a delivery could not be made.

“She would deliver mail (to the Vicksburg Apartments), which was a challenging delivery because there’s like 60 customers in one vestibule,” Burns added. “She was very very good about keeping up with people that had moved away or with new tenents, even after people had moved away literally years earlier.”

Larry’s grandson Brody Larry tragically passed away earlier this year at age eight from brain cancer. During Brody’s battle with the disease, Larry temporarily stepped away from her route to support her family.

However, she said, she couldn’t have taken that leave of absence without her coworkers.

“My coworkers are like family,” she said. “And they rallied around me and just made me feel normal when it really wasn’t a normal time.”

That support is one of the reasons she has been pleased with her work at the USPS.

“It’s been great. They’re taking care of most everything. Good bosses. I really have no complaints,” she said.

“The only time it’s bad is if that weather is 150 degrees like it is now,” Larry said with a laugh. “That’s the only (downside) about the Post Office if you’re a mail carrier.”

Chris Porter, owner and operator of the H.C. Porter Gallery on Washington Street, said she will certainly miss Larry during her retirement.

“I just can’t imagine downtown without her presence,” she said. “I just love her. I respect her. I think she’s an incredible person.”

Porter added, “She’s doing her job, but she’s also looking out for all of us and aware of everything and what’s happening in our day-to-day celebrations and our trials.”