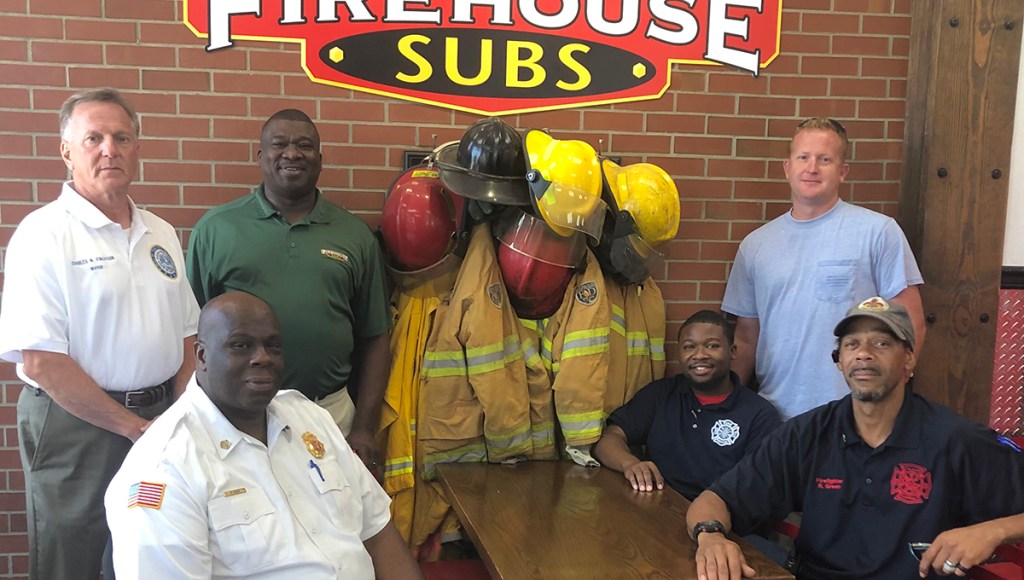 The money has been used to purchase 10 new sets of Personal Protective Equipment. Each set is a full suit of protective gear designed for firefighter safety, known as bunker gear.

About half the suits the TFD had been using were out of date. Budget constraints prevented them from purchasing newer, safer gear. The donation allowed the department to purchase the newer gear to replace the remaining half.

The TFD is made up of five full-time firefighters and 15 part-time volunteers.

Allen said that the new gear reduces physical strain on the firefighters during operations.

“No one wants to be out on a call, worrying if their gear is going to function properly,” Allen said in a Firehouse subs press release. “We’re so grateful to the Firehouse Subs Public Safety Foundation for this grant and for our community to know that those tasked with protecting them are well equipped to do the job.”

The donation was made back in October 2021, but a small celebration was held at the Firehouse Subs location in Monroe, La., on June 20. Tallulah officials and firefighters as well as Firehouse Subs representatives were in attendance. The new bunker gear was on display.

“According to government regulations, gear that’s over 10 years old poses a safety hazard, both to the firefighters and those they’re working to protect,” he said. “With a roster of 20 firefighters, the Tallulah Fire Department was sometimes forced to use old gear or even go without it. Now, they’ll have enough gear to go around, thanks to the Firehouse Public Safety Foundation, and they’ll be in full compliance with government regulations.

Nichols said that, since it was established in 2005 in the aftermath of Hurricane Katrina, the foundation has granted $69 million to first responders and public safety organizations throughout the United States and Puerto Rico.

“Each quarter, fire departments across the U.S. can apply for grants from the Firehouse Subs Public Safety Foundation to get the lifesaving equipment they need,” he said “The Tallulah FD crew comes in all the time to support us, so we’re extremely grateful for the opportunity to give back to them.”