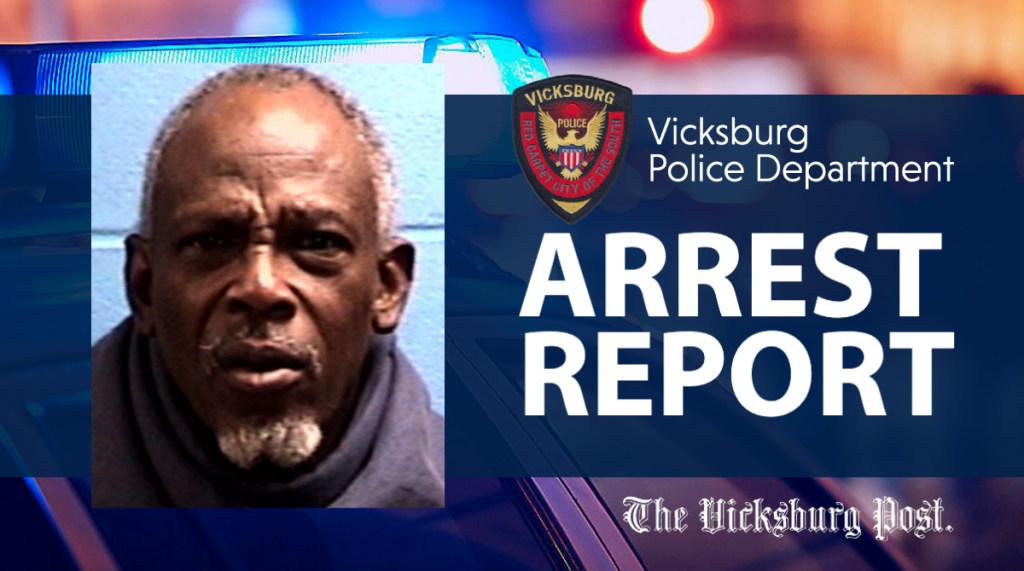 The Vicksburg Police Department released information about a reported shooting with an injury, a burglary, and an arrest for cocaine possession between Tuesday and Wednesday.

Investigators with the Vicksburg Police Department Narcotics Division arrested Carl Williams, 68 of Vicksburg, at the scene of a traffic stop on Mission 66 near Martin Luther King Jr. Boulevard at 4:12 p.m. on Tuesday.

Williams was found to be in possession of 0.56 grams of cocaine. He was charged with possession of a controlled substance. He made his initial appearance in Vicksburg Municipal Court on Thursday. His bond was set at $35,000 bound over to the Warren County Grand Jury.

In other reports, officers responded to an address in the 1100 block of Harrison Street in reference to a residential burglary at 9:01 p.m. on Tuesday.

The victims reported several power tools had been taken from the residence. The case is currently under investigation.

One injured after shot fired into home

Officers responded at 12:20 a.m. Wednesday to a residence in the 100 block of Meadowbrook Drive in reference to shots fired.

When they arrived on the scene, the officers discovered that someone had fired one shot into the residence, striking a male subject in his right leg. The injured victim was taken to the Merit Health River Region Emergency Room via private vehicle where he was treated and released.