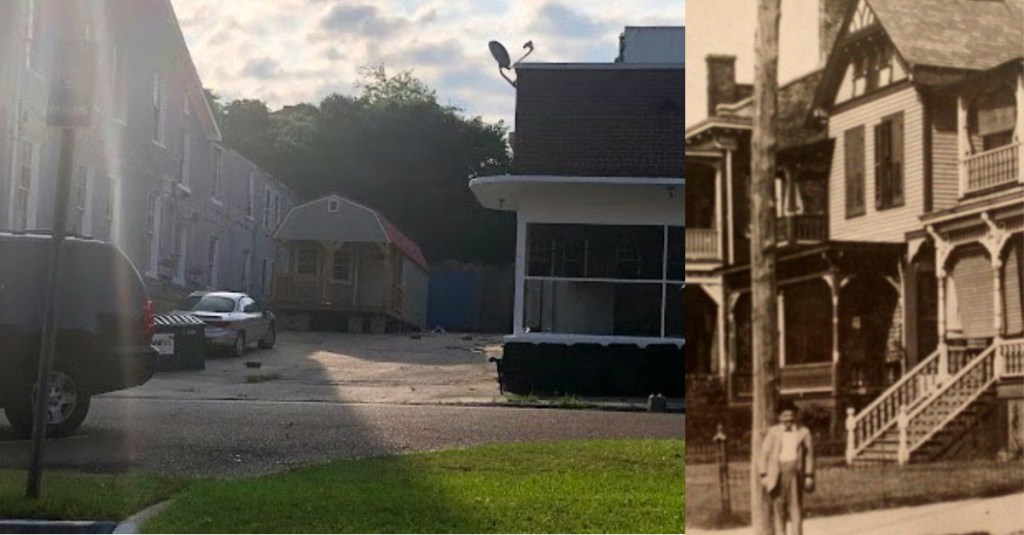 The two-story Queen Anne residence formerly located at 1221 Monroe St. was built next door to the corner of Monroe and Clay streets where in 1903 Robert Voellinger built the house that was the subject of last week’s article.

The plans for this house were identical, with the exception of some architectural detailing, and it was most likely built by Robert’s brother, William. William was a jeweler and pawn broker in partnership with Isaac Gotthelf until January 1902, when Gotthelf died and Voellinger purchased his half of the business. He was a member of the Washington Lodge of the Knights of Pythias and according to the Vicksburg Herald, “an upright and popular citizen.”

William’s wife, Sallie, had died in the home on Dec. 9, 1901, after a long illness, leaving two sons. William also died in the home, of malaria on Sept. 3, 1902. The business was then sold to Isaac Gotthelf’s widow for $8,850. After William’s death, the house became a rental property.

In 1906, Henry Mayer lived there before moving next door about 1911. Mayer was the manager of the Walnut Street Theater and a distributor of bill posters and outdoor advertising.

In 1911, the house was home to Walter and Dolly Williams. He was a traveling salesman for R.L. Crook and Company. In 1914, Mrs. Bertha Gusdorfer (widow of Lazarus) and her children Milton, Nettie and Beulah lived in the house for a few years.

Thereafter, the residents changed quite often until the house was demolished between 1979 and 1982. The lot remains vacant.