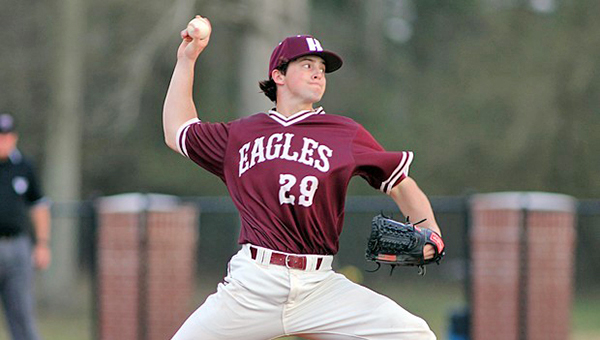 Koestler, a Vicksburg native who started a long and winding journey through the college baseball ranks at Hinds Community College, has been hired as the school’s pitching coach.

“I’m grateful for the opportunity to come back home and contribute to a program that has given me so much,” Koestler said in a release announcing the hire. “I know what the expectations are, and I am excited to help players achieve their goals and ultimately aim for championships.”

Koestler’s hire is part of an overall reshuffling of Hinds’ coaching staff. He will replace Andrew Gunn, who has moved into a full-time athletic administrator role. Gunn worked in a variety of assistant coaching positions since 2017.

Josh Clarke, meanwhile, will move into a different role as Hinds’ hitting coach. Clarke worked in that role for two seasons at Belhaven University prior to coming to Hinds in 2021. He was Hinds’ pitching coach last season.

Head coach Dan Rives is heading into his second season.

“On the flip side, this move allows Josh to move back to the offensive side of the ball and is a move that he and I are both very excited about,” Rives said in a statement. “He was in charge of the offense in his final two seasons at Belhaven, and their team set new offensive records in those two years, so our hitters will be in great hands under his care.”

Koestler starred at Warren Central before embarking on a long and unusual college career as a player. The right-handed pitcher played two seasons at Hinds (2015-16) and three more at Southeastern Louisiana (2017-19), before going to Mississippi State as a graduate transfer.

When the 2020 season was cut short because of the COVID-19 pandemic, Koestler got another year of eligibility and was with the Bulldogs for their national championship run in 2021. He had also received a medical redshirt year earlier in his career.

Koestler wound up playing seven seasons and, at the time his college career finally ended, was the oldest player in the Southeastern Conference. He has a bachelor’s degree from Southeastern Louisiana and a master’s from Mississippi State.

After leaving Mississippi State he was hired as the director of baseball operations at Samford University in Birmingham and has spent the past year in that job.

“Carlisle is a star in the making, and we are super excited about him coming back to Hinds, this time as our pitching coach,” Rives said. “Carlisle is very intelligent, yet very competitive, and I know he will bring those same qualities to our pitching staff.”