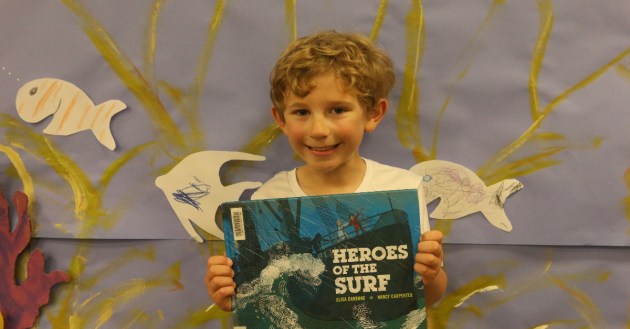 Jim Williams, 7, posing for a picture. Williams was the top reader in the library's summer reading program. (Photo by Cowart Terri Frazier) 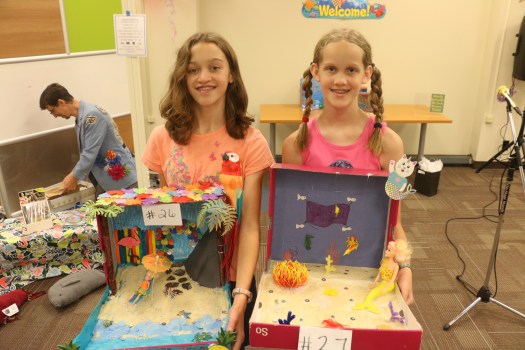 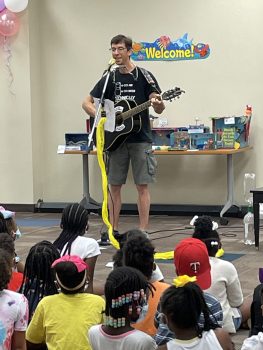 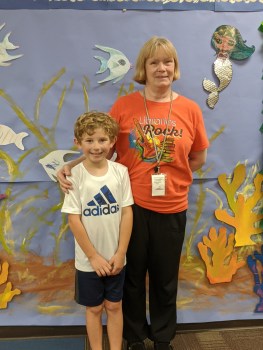 It was an exciting day at the Warren County-Vicksburg Public Library on Tuesday as a closing event was held for children who had participated in the summer reading program that ran from June 1 until July 8.

The celebration included a science presentation by Stormin’ Bob Swanson, and certificates of achievements were awarded to those who had logged in the most reading minutes.

Pint-sized participant Jim Williams, who noted his formal name was James, walked away with the top honor. The home-schooled 7-year-old had 2,900 minutes of reading time.

“I am so happy that I have won the top reader and we have all had a great time at the library in the summer library program,” Williams said.

Williams said he liked reading because it was fun, and listed the “Octonauts” and “InvestiGators” children’s series as some of his favorite books to read.

He also said he liked reading, “Because I can learn things.”

With his younger brother by his side, Williams said there are times he reads to him.

“I do read to him sometimes and that is a big help to my mommy,” Williams said.

Marie Cunningham, who serves as the children’s librarian, said the turnout for this year’s summer program was unmatched.

“This is the largest turnout we have ever had since I have been here, and I have been here eight years. We had 287 registrants,” Cunningham said. Cumulatively, more than 1,000 children were in attendance.

Cunningham said weekly events had been held, which included guest speakers, entertainers and artists focusing on the library’s summer theme, “Oceans of Possibilities.”

On Fridays, children had the opportunity to watch episodes of the BBC’s “Blue Planet II” documentary, which focuses on underwater creatures and discoveries, all while enjoying popcorn.

“This is an activity where we ask simple questions like ‘What’s your favorite sea creature or your favorite seafood,” she said, and from the weekly questioning, collection management librarian David Scott said they have received more than 100 responses weekly.

Two of the 36 were twin sisters Melanie and Naomi Floyd. With the library’s summer program having an underwater theme, each girl created a scene that reflected their interpretation of the ocean. The sisters, who are students at Agape Montessori Christian Academy, have been participating in the library’s summer program for more than eight years, their mother Susan Floyd said.

With the success of the summer library program, Stokes said she feels confident it will increase visits to the library and encourage more people to get library cards.

Also, Stokes said since the Warren County-Vicksburg Public Library decided to go “fine free” at the beginning of the summer, she hoped this would be an added incentive for people to come back knowing that they would not have to worry about any late fines, since they would be forgiven.

“We hope this would help them to renew their accounts and possibly get their children signed up for library cards,” she said.

Those eligible for a library card are ages five and older.

“We encourage people to sign their children up because it’s just something very special about having your own card and being able to check out your own books,” Stokes said.

For more information, follow the Warren County-Vicksburg Library on Facebook @WCVPLibrary for announcements about services and hours.