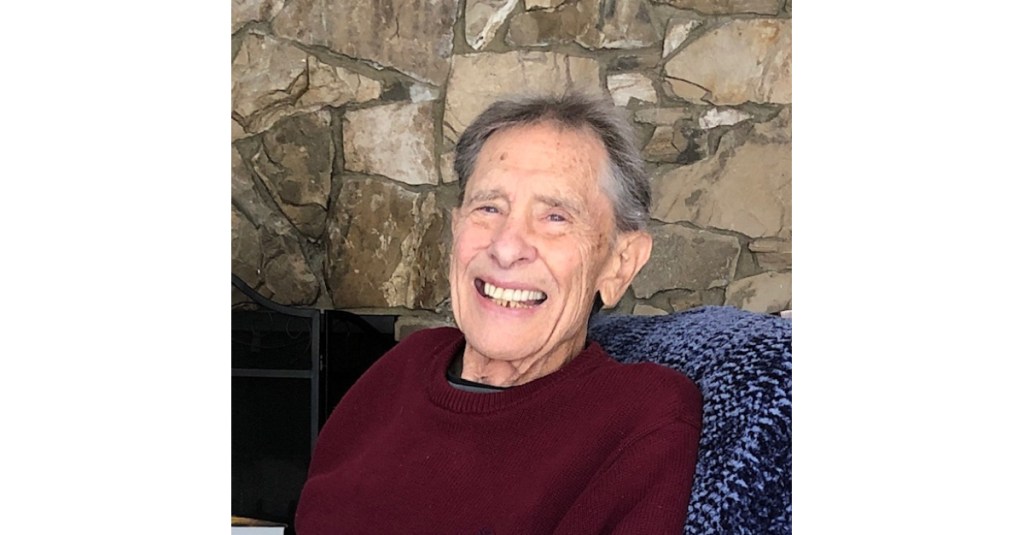 Walter Francis Collins, a retired accountant/auditor and beloved husband of Vicksburg, MS native Elizabeth Guider, died peacefully at their home July 15 in Los Angeles. The cause was complications from cancer. He was 85.

Born Dec. 5, 1936, and raised in Boston, he attended local schools there, excelling in math and athletics. Among cherished memories of his New England childhood were sledding on the snow-covered hills of Boston, cheering Ted Williams and the Red Sox from the stands at Fenway Park, and dancing at church basement socials under the (usually watchful) eye of parish priests. His summers were spent in the New Hampshire countryside, fishing with his uncle Tad by day and learning to play chess by night.

Eventually, Walter enlisted in the Army and served in the Signal Corps (1959-1961) at the U.S military base at Tachikawa Airfield outside Tokyo. For the rest of his life he enjoyed engaging in small talk in Japanese whenever he met visitors from that country.

Once returned from abroad, Walter relocated to New York City where he studied at Adelphi College and became an accountant/auditor. For thirty years he worked for hotels in Manhattan, including the famous Commodore, Taft and Gotham. He also found time to take up ballroom dancing, at which he excelled so well that he and a partner won a city-wide competition and was featured on local television.

During that period, he married Patricia Oddo and together they had two children, Kathleen and Kenneth. Decades after the couple’s divorce in the 1970s, Walter met Elizabeth in NYC and eventually settled in Los Angeles where she had been transferred by her newspaper, Variety.

In addition to their joint discovery of the city’s pleasures—notably the Hollywood Bowl and the Norton Simon Museum—the two enjoyed numerous jaunts along the Central Coast of California. They also frequented the iconic ballrooms in Southern California, he in particular often mistaken for a professional dancer. Mostly, they just loved Big Band music and the fun of it all.

There were few who encountered Walter who were not won over by his infectious smile, quick wit and generous spirit. A gentle, unassuming soul, he was unimpressed by the pretentious and the puffed-up—never putting worldly possessions or social position above people.

As a longtime friend of his recently observed, “Walter marched to his own drum, but never beat it loud enough as to be off-putting.” Above all, he cherished his friends and family, including Elizabeth’s five siblings and their progeny—and was ever ready to lend a hand to anyone in need.

Perhaps because he spent his youth in another historic American city, Walter grew fond of Vicksburg and its absorbing past. Several years ago, he helped Elizabeth uncover at Cedar Hill the “lost” headstone of a long-rumored great aunt who had purportedly died as a child right after the Civil War. (Indeed, she was found to be interred there!)

Walter was predeceased by his parents, Walter Ernest Collins and Mary Ellen Kelleher Collins, as well as by a nephew, Scott Collins. He is survived by his wife Elizabeth, of both Vicksburg and Los Angeles, as well as by his brother Richard (Mary) Collins of Chesapeake, VA, his son Ken, an analyst for the U.S. Navy in San Diego, his daughter Kathy (Dr. Ron) Benz of Boston and grandson Ron Benz Jr of Dallas, Texas, nephew Keith Collins, niece Sheryl (Bret) Steele and great nephews Ryan Collins, and Patrick and Nathan Steele.

During the thirty months of Walter’s treatments for cancer, he and Elizabeth were assisted by a number of caring people— principal among them, his oncologist at UCLA, Dr. Karo Arzoo (and a team of top-notch nurses), his long-time primary physician, Dr. Michael Marsh, and home health professionals at Arpi Therapy.

Locally in Vicksburg, Elizabeth would like to thank Virginia Steen Miller, Linda Teller Parker and Pam Jabour Mayfield for their abiding friendship and good advice.

And in Los Angeles, Walter’s neighborhood “family”—principally Judi Dickerson and Neil Gader, and also Jodi Rosenbloom and Diana Missadin, Brian and Lisa Richardson, Frank and Joan Rauso, and Dr Ron and Sheri Schott—bestowed countless kindnesses on them, while other longtime friends across SoCal—Gordon Steel, Raul and Michelle Garza, and Farrell and Vered Meisel kept them supplied with movies, books, and, pandemic permitting, occasional invites for lunch or coffee.

After a celebration of life July 17 in Los Angeles, Walter will be buried in the main Guider plot at Cedar Hill in Vicksburg. Angeleno Valley Mortuary is handling logistics in Los Angeles; Riles Funeral Home is in charge of final rites in Vicksburg. A graveside service is planned for the end of July followed by a gathering at Elizabeth’s home in Fairways. Final date is pending.

Walter’s family encourages a donation to the American Cancer Society.