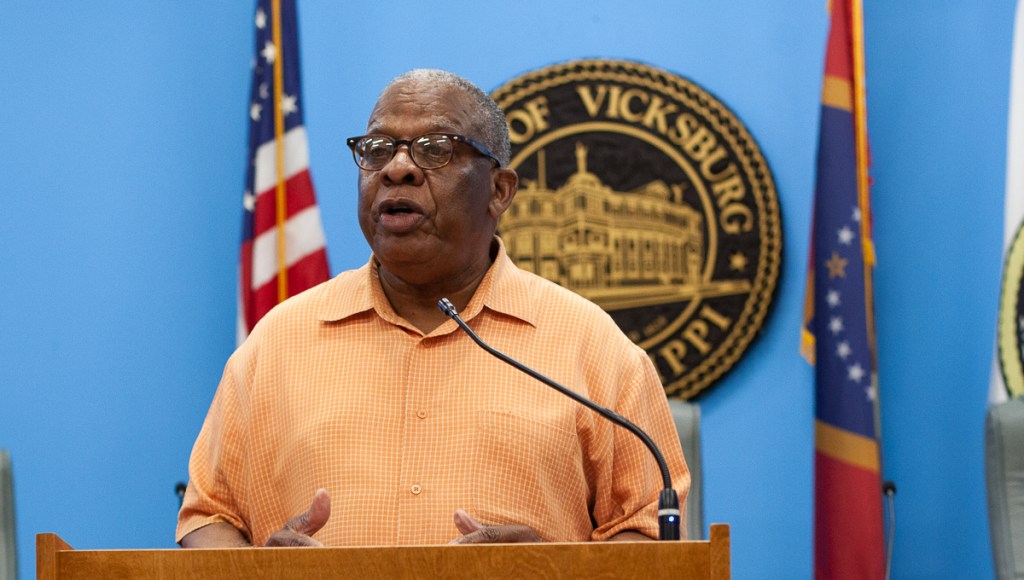 At a question-and-answer session held by Vicksburg Mayor George Flaggs Jr. on July 13, an attendee raised concerns about panhandlers on Washington Street harassing citizens and tourists. In his response, the Mayor told attendees that he was working to address the issue, but that a Supreme Court ruling had complicated the matter by clarifying that any taxpayer has a public right to the streets.

He also mentioned two security guards contracted through the Vicksburg Main Street Program and funded by the city that provide additional help in addressing loitering and maintaining order in the downtown area.

Kim Hopkins is the director of the Main Street Program.

“We hired security guards as an extra measure during higher traffic times downtown to ensure safer outings when taking a night out (in the area),” she said.

This is the 5th year that the program has contracted with FSA (Freedom Service Agency) Enterprise, LLC for the extra security. The contract has been renewed yearly in October. The Natchez-based company serves multiple communities in Mississippi and Louisiana providing security, private investigation and janitorial services.

FSA was first contracted by the Main Street Program in 2017 when the Vicksburg Board of Mayor and Aldermen established a leisure and recreation district. The ordinance allows people to bring alcohol purchased in downtown restaurants outside into a specified area that includes a stretch of Washington Street from the Klondyke to Veto Street. The board approved funds to be used for the security contract with FSA.

The two security guards patrol mostly areas on Washington Street but are assigned to other areas as needed. They work on six-hour rotating shifts between 8 p.m. and 2 a.m. on Thursdays, Fridays and Saturdays, typically the busiest days for the downtown area.

“The security guards serve as an extra measure of precaution. We have lots of employees and customers that utilize the parking garages and side street parking,” Hopkins said. “Having an extra set of eyes can ensure these people will safely make it to their vehicles, especially in the later hours.”