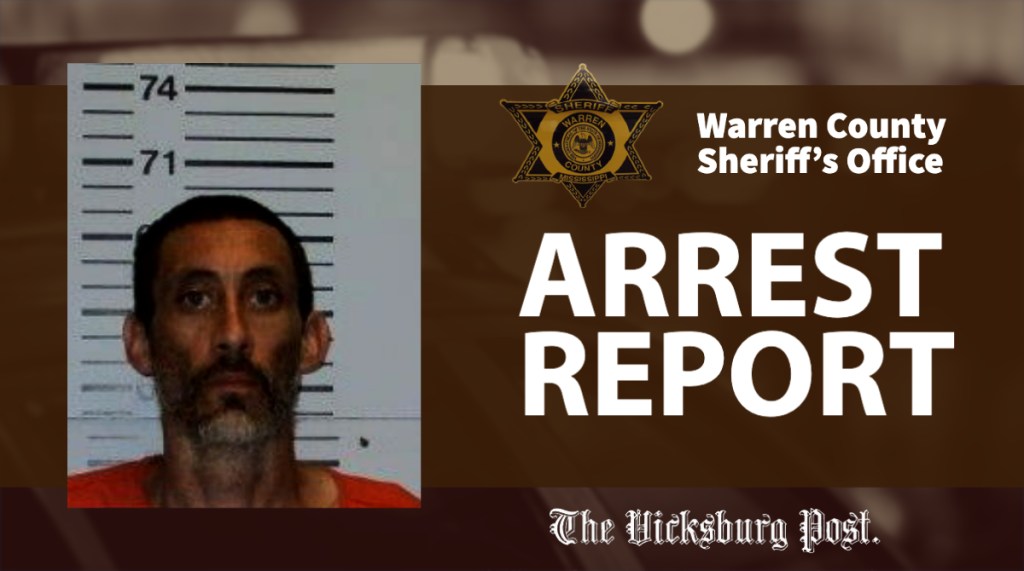 Anthony Tristan Bell, 36 of Vicksburg, was arrested during a traffic stop on July 21. According to sheriff’s reports, an older model SUV he was driving was stopped in the 1300 block of Warrenton Road by Sheriff’s Detective Jeff Merrit for a traffic violation.

A routine NCIC check of the driver indicated that he was wanted out of Warren County on a Grand Jury Capius for larceny of a motor vehicle.

A circuit court warrant had been issued after he had failed to appear in court for the charge.