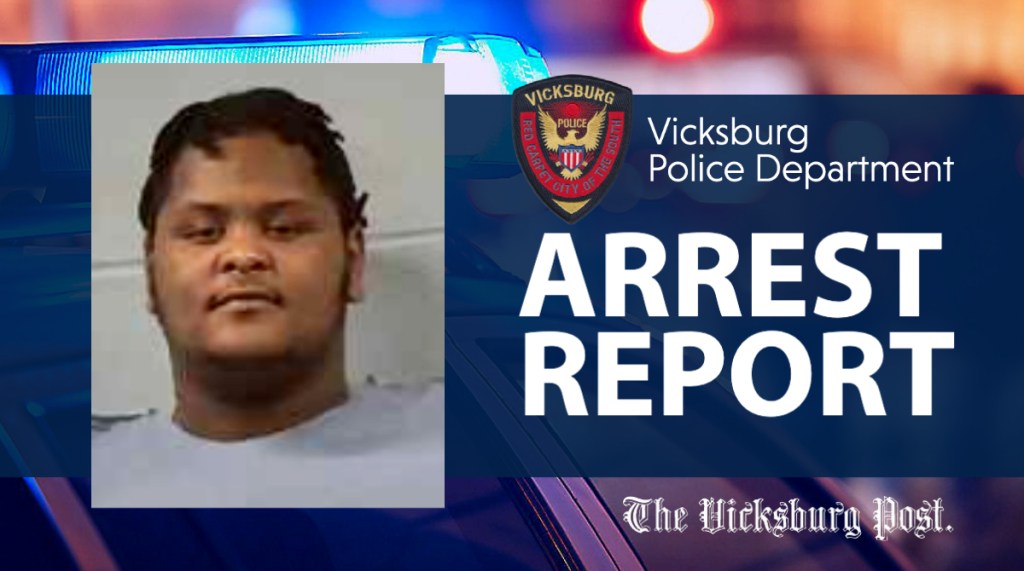 The Vicksburg Police Department made an arrest for a stolen firearm on Friday and received multiple theft reports and a report of an unoccupied vehicle being shot on Friday through Monday.

One arrested for stolen firearm after accident

Officers responded to a motor vehicle accident at the intersection of Wisconsin Avenue and John Allen Street at 10:03 p.m. on Friday.  Because a strong odor of marijuana was coming from a 2015 Ford Fusion involved in the accident, the vehicle was searched and a Glock Model 19 handgun that had been reported stolen in Vicksburg was discovered.

Derrick Demby, 19 of Vicksburg, was arrested at the scene and charged with possession of a stolen firearm. Demby appeared in Vicksburg Municipal Court on Monday before Judge Angela Carpenter and was bound over to the Warren County Grand Jury on a $5,000 bond.

Officers took a report at the Police Department in reference to a theft that occurred on Maison Rue at 11:20 a.m. on Friday.

The victim stated that a Honda Pilot was entered and a Smith and Wesson 9mm pistol and a black bag were taken. The vehicle was left unlocked. The case is currently under investigation.

Officers were dispatched to the area of National Street and 2nd Street in reference to shots fired at 1:09 a.m. on Saturday.

At the scene, officers noticed a 2019 Dodge Charger with several bullet holes in the rear of the vehicle, which was parked in the 900 block of National Street. The case is currently under investigation.

Officers responded to an address in the 500 block of Feld Street in reference to an auto burglary at 6:50 p.m. on Sunday.

The victim stated someone broke the passenger side front window out of a 2006 Chevy Cobalt and took $6 from the center console. The case is currently under investigation.

Television and handgun stolen from residence

Officers responded to a residence in the 500 block of Fairground Street in reference to a Burglary at 5:23 a.m. on Monday.

The resident stated that someone stole a 65-inch Vizio television and an unknown make/model 9mm handgun. The case is currently under investigation.