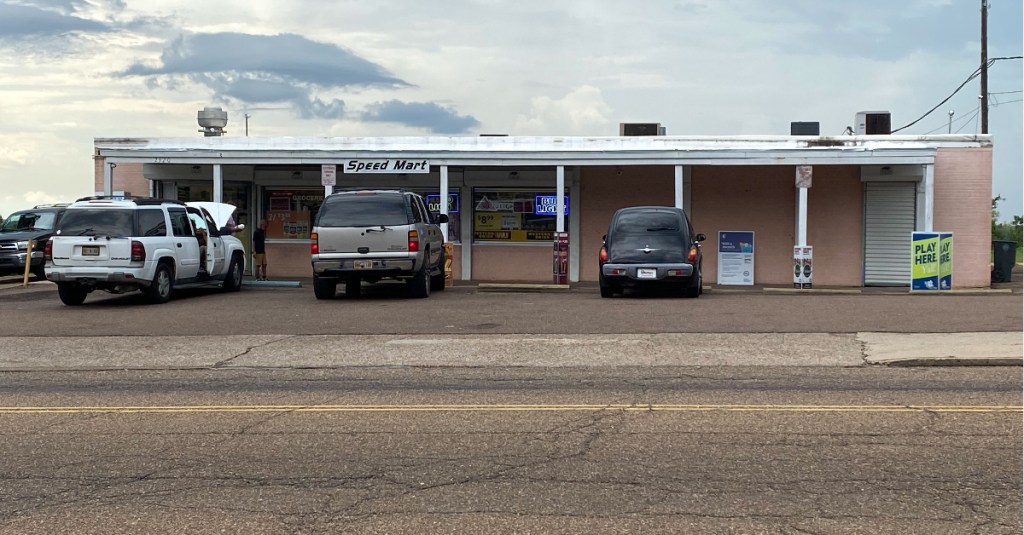 Fifteen years ago, Falah El Khamil came to Vicksburg and opened Speed Mart, a convenience store at the corner of Washington and Speed streets.

“The reason I came here is I wanted a quieter place to raise my kids,” said Khamil, the store’s owner/manager, who once owned a chain of stores in Florida. “I’ve gotten to know a lot of people.”

But now his business and dream of raising his children in Vicksburg are threatened; the result of an unfounded rumor that two of his employees were hospitalized for monkeypox, a rare viral disease spread through close personal contact, including skin-to-skin.

He said the rumor began last week and is hurting his business.

“Some people started calling us and saying, ‘You supposedly have two employees who got sick for monkeypox,’” he said. “I thought it was a joke. We said, ‘No, we don’t have anything like that.’ More calls came and then business stopped.”

Khamil said his business “has been shut down for the past four or five days. I had to lay off two people because I couldn’t pay them.”

He said he and his wife are now operating the store because he can’t pay employees.

“Actually, we can’t even afford to keep the door open and it’s getting worse every day,” he said. “I thought it was just going to die out, but every day the number (of customers) goes even lower. Last night was worse than the night before and that one was worse than the night before. The more people hear about it, the more they don’t want to come here.”

Before the rumor began, Khamil said, the store averaged about 700 to 750 customers a day. Now, he said they’re happy if 150 to 200 customers come in. And most of them, he said, are people passing through town who know nothing of the rumor.

Khamil said he does not know who is responsible for spreading the rumor, adding he was told the culprit was a person who was not hired for a job at the store. He also said he believes the source may be a competitor, but said he has no proof to support either theory.

He said he believes the monkeypox rumor may be an attempt to force his business to close, citing an earlier complaint about the store.

Two days before the monkeypox rumor hit, Khamil said, somebody called the health department claiming the meat Speed Mart was selling was bad.

“The health department sent somebody to check our meat and they gave us an ‘A-plus,’ he said. “We had a ‘B,’ she upped it to an ‘A.’ She said it was perfect; there was no bad meat.

“From that point, someone was after the store trying to get us in trouble. First, the health department inspector came in and said there was nothing wrong and then the third day, it (the monkeypox rumor) started.”

He said he called the Vicksburg Police Department to file a complaint “and they told me I have to get a lawyer and the lawyer had to investigate that and figure out who did it and then they would figure out if criminal charges should be filed.”

According to the Mississippi State Department of Health, early symptoms of monkeypox are usually flu-like, like fever, headache, muscle aches and backache, swollen lymph nodes, chills and exhaustion.

Khamil said neither he, his wife nor his employees have shown symptoms, and no employees were hospitalized. He called the Mississippi State Department of Health and was told there are only six cases in the state, but they did not specify in which counties the cases are.

“I’ve been here 15 years and in those 15 years I had no problems with anybody; everybody knows me, I never had any problems,” he said. “It’s just this (rumor) and I couldn’t fight it. It’s putting us out of business. I couldn’t afford to pay the workers. I have to borrow $4,000 to cover my checks; this is how bad it is from somebody making a rumor.”

Khamil said people are not coming to the store because they don’t know anything about the disease or how it is spread.

“People are scared because they don’t know how they can get it and how fast they can get it. They think if they walk in they’re going to get it,” he said.

According to MSDH, monkeypox is spread through close personal contact, including skin-to-skin contact such as direct contact with monkeypox rash, sores or scabs, contact with objects, fabrics (clothing, bedding or towels), and surfaces that have been used by someone with monkeypox, or through respiratory droplets from face-to-face contact with a person who has monkeypox.

Khamil said he considered buying ads refuting the rumor, “but the more I thought about it, the more I thought it would make me look guilty, so I’m sunk. This started last week. This has really taken off. People are calling me from other states; it’s like wildfire.”