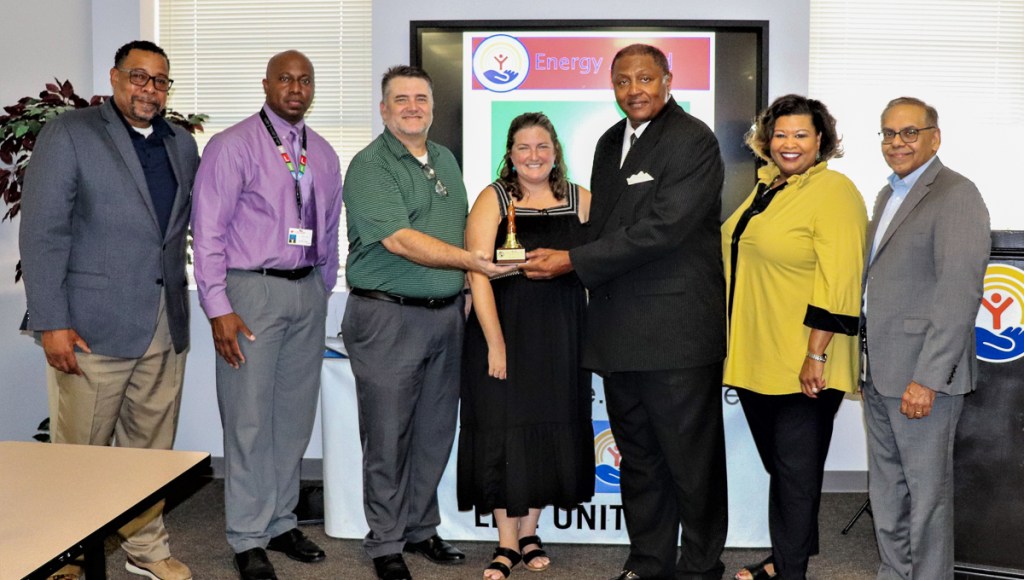 Editor’s Note: The original version of this article quoted Christi Kilroy stating that the resource center at the library had received Chromebooks. Kilroy later reached out to the Vicksburg Post to clarify that was not the case.

The United Way of West Central Mississippi held a celebratory breakfast on Tuesday to recognize two Governor’s Awards given to partnerships in Warren and Claiborne County by the Mississippi Association of Partners in Education (MAPE). The award is given to recognize organizations that implement programs that benefit early childhood development in the community.

“Today we’re going to celebrate the accomplishment. We’re going to celebrate the people in the room,” she said. “But most importantly, I think we need to keep in mind the individuals who have been touched by collaboration: the families, the children, the teachers, workers, health officials and the business leaders who have been touched and or inspired by the work that we have set out to do.”

The Governor’s Award was given in recognition of the Excel by Five Coalition for their work implementing programs that benefit early childhood development in the community.

The coalition is a partnership made up of the United Way of West Central Mississippi, the Vicksburg Warren School District, Vicksburg Family Development and the Warren County-Vicksburg Public Library. It focuses on improving the overall well-being of children from birth to age 5.

The partnership’s accomplishments during 2020 and 2021 were highlighted by Christi Kilroy, Director of Communications and Media Specialist for VWSD.

At a community-wide baby shower, the organization collected 12,700 diapers and 85 packages of wipes to be distributed to members of the community in need. Over the course of several events, more than 1,500 books were given to children and parents.

Kilroy said that one of the biggest accomplishments was the creation of a Resource Center at the Library, which was supplied with what are called ‘manipulatives’. A manipulative is any physical object that a child uses for hands-on learning; for example blocks or puzzles.

“At the beginning (of the organization), we knew that all kids don’t come to school with the same access to resources. And sometimes that means money. But most of the time, that means word spoken in the home,” VWSD Superintendent Chad Shealy said.

He added that the coalition saw a need in the community for early learning reading materials for children that are not yet school-age.

Dr. Gregory Reed of the Energy Academy spoke on behalf of recipients of the award from Claiborne County.

“We are very excited about the program and its potential right now,” Reed said. “One of the things that we found last year is that there was a push for female representation in the field. So without us even knowing that it was happening, young ladies matriculated toward the program. We’re very excited.”

The awards were actually announced in March, but a celebration was limited to an online event due to COVID restrictions.

This year, MAPE gave the Governor’s Award to 24 school-community partnership programs around the state that they feel have produced outstanding results for students in kindergarten through 12th-grade public schools.