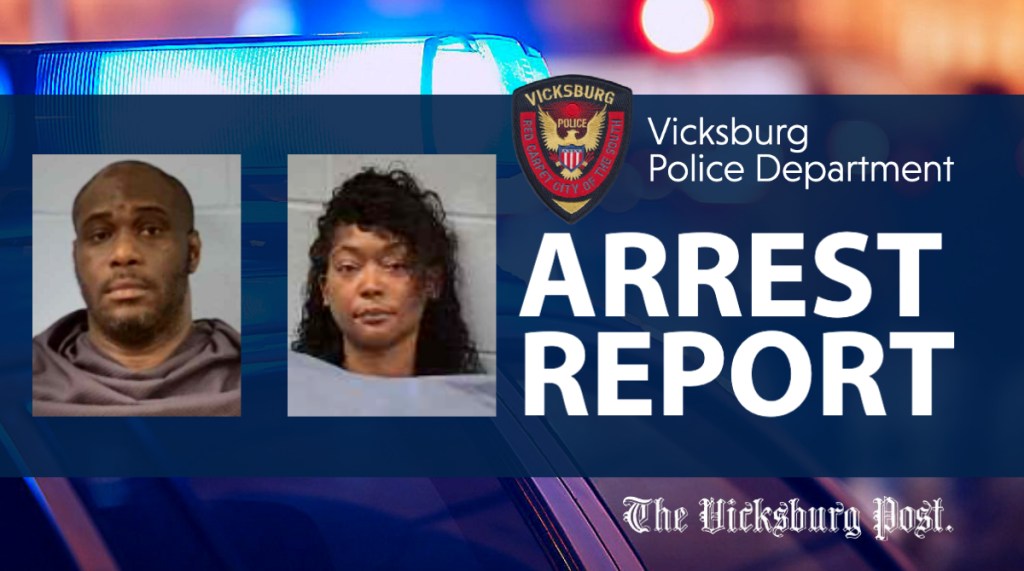 One arrested for stolen firearm

Jermaine McRunnels, 39 of Vicksburg, was arrested Monday on a warrant for possession of a stolen firearm.

McRunnels appeared in Vicksburg Municipal Court the same day, where Judge Angela Carpenter set his bond at $20,000 and bound him over to the Warren County Grand Jury.

Michelle Henyard-Hicks, 43 of Vicksburg, was arrested Monday on a warrant for aggravated assault and domestic violence stemming from a stabbing incident in the 100 block of Enchanted Drive on Sunday, Aug. 7.

Appearing before Judge Angela Carpenter in Vicksburg Municipal Court on Monday, Hicks was bound over to the Warren County Grand Jury on a $25,000 bond.

A Vicksburg Warren School District bus was involved in a motor vehicle accident on Aug. 8 at 3:44 p.m.

The bus was rear-ended by a 2005 Chevrolet Silverado while on Grove Street. The driver of the pickup truck was taken to Merit Health River Region. No one on the bus was injured.

The complainant reported that the front passenger window of a 2010 Dodge Caravan was shattered and the battery was missing from the vehicle.

The damage to the window is estimated at $200, and the cost of the stolen battery is $204.95. The case is currently under investigation.

Officers responded to Ameristar Casino at 4146 Washington St. in reference to an auto burglary on Friday at 7:05 p.m.

The victim stated someone broke into his Dodge Ram 1500 and stole a SIG P365 handgun with a holster. The value of the missing items is $790. The case is currently under investigation.

Officers responded to Hobby Lobby at 3505 Pemberton Square Blvd. for a report of a stolen vehicle on Friday at 7:13 p.m.

According to the victim, someone stole his 2018 Ford F-150 near the front entrance of Hobby Lobby. The vehicle was locked with the keys inside. The case is currently under investigation.