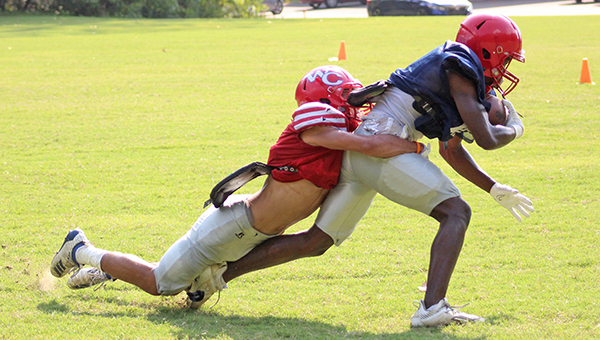 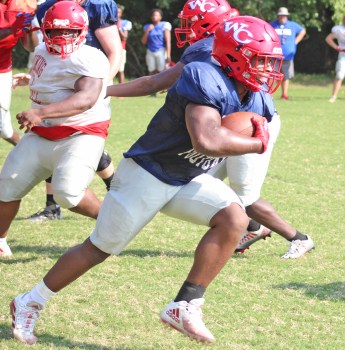 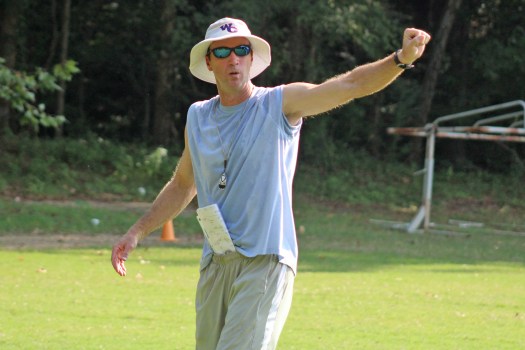 The appetizer is pretty filling, too.

The Vikings will wrap up their preseason preparations Friday night by facing defending MHSAA Class 6A champion Madison Central.

Warren Central coach Josh Morgan said it’s a good tone-setter for the regular-season opener Aug. 26 against Forest Hill, as well as a good test for a team replacing 16 starters after reaching the second round of the playoffs in 2021.

“Ideally, we want to see, especially bringing in so many new starters, we want to see them in that moment. And right out the gate, what a big moment. What a big stage,” Morgan said. “It’s a really big-time opponent. That’s what we have to play and beat to even make the playoffs and compete for a district championship. The sooner we can get them in that atmosphere, the better. It’ll be a really great evaluating tool. I’m really excited about it.”

The Vikings and Jaguars will play two varsity quarters followed by two more with the junior varsity, with the action starting at 6 p.m. at Madison Central.

Even though the result will not count in the standings, Morgan said he and his team are treating it as more than just a glorified workout.

“We’re going to be all in on this game. It’s not, ‘It don’t mean anything.’ If we’re playing and the scoreboard’s on we’re going to get after it with all we’ve got. That’s going to be fun to watch,” Morgan said. “That’s one of the reasons we do it. We won’t be holding anything back. That’s what this is for, is putting us in these real game-like situations and scenarios and evaluating it all when the dust clears.”

The Vikings’ Region 3-6A schedule includes games against 2021 Class 6A finalist Brandon and semifinalist Oak Grove, as well as playoff contenders Pearl, Northwest Rankin and Meridian.

The scrimmage follows the spring game in May against perennial Class 5A powerhouse Lafayette. Warren Central won that game, 20-19.

Morgan said he feels like the Vikings have gotten better during their summer work, and Friday’s scrimmage will provide a gauge of just how much they’ve improved.

“Ideally, we want to make big strides in our summer. I thought we had a good spring game against another really good team that’s in the top five in 5A,” Morgan said. “We don’t want to have a sense of false reality. We want to know exactly what we are and how to get better. That’s what we’re looking at right now to make us a better team come playoffs and district time. That’s all by design.”

The other goal of the scrimmage, Morgan added, is to develop depth. The starters are mostly set at this point, but giving live reps to backups and others who will blend in and out of the lineup will be beneficial going into the regular season.

The opener is next week at home, in the Red Carpet Bowl vs. Forest Hill.

“You’re trying to get your top 22 guys on both sides of the ball ready to play. But at the same time, our coaches do a really good job of developing our younger guys,” Morgan said. “It’s always competition. Nothing is set in stone as far as our depth chart. But we’ve got to really focus in on getting those guys who are going to play those meaningful reps ready to go and be sharp. They should be at a different level.

“And then we want to make sure we continue to develop our younger guys. That’s the line we have to walk, to make sure we’re doing both and being efficient at it.”