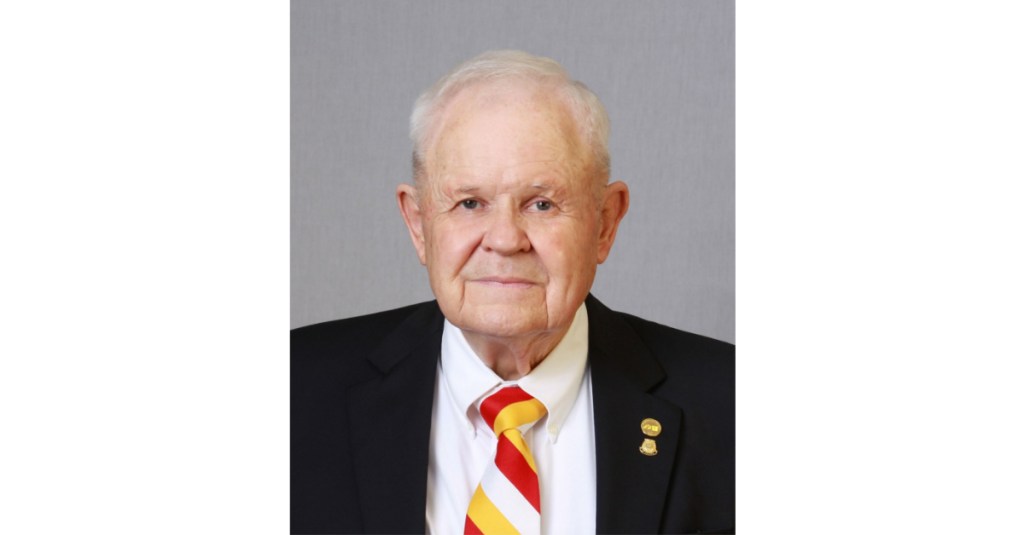 Lucius Bryan Dabney, Jr. departed this earth for his heavenly home on August 11, 2022. Lucius was born on November 23, 1925, in Vicksburg, MS, to Inez and Lucius Bryan Dabney, Sr. He attended Virginia Military Institute to study electrical engineering. Before graduation, he was drafted on March 7, 1944, to serve in World War II. Trained in teletypewriter repair, switchboard repair, and power equipment repair, Lucius was assigned to the 310th Signal Battalion over a signal unit in the Ninth Army Headquarters. He returned home in May of 1946, with his final stop being with the 51st Signal Operation Battalion at Camp Polk, Louisiana. After returning home, Lucius enrolled in law school at the University of Mississippi, where he practiced until his death. Lucius’s motto was if you retire, you die. Graduating in August of 1949, he moved home to practice at the family law firm Dabney and Dabney. Lucius was very proud of the fact that Dabney and Dabney was the oldest family-owned firm in Mississippi and one of the oldest family-owned firms in the United States. Dabney and Dabney was founded at Gloucester  Courthouse, VA, in 1794 by Benjamin Dabney, who was Lucius’s grandfather’s great grandfather. In  1835, Lee Dabney moved the firm from Fredericksburg, VA, to Raymond, MS. The firm was then passed to Lee Dabney’s son, Marye Dabney, who moved the firm to Vicksburg, MS, in 1885. Moncure Dabney,  Lucius’ grandfather, joined the firm and added his son L. Bryan Dabney, Sr., and his brother Frederick  Dabney. In 1949, L. Bryan Dabney, Sr. took his son, Lucius, into the firm. Once back in Vicksburg, Lucius transferred from the Army Reserves to the National Guard (106th Combat Engineer Battalion in Vicksburg, MS). In January of 1951, Lucius returned to defend our country as a First Lieutenant in the  Army Corps of Engineers in the Korean War. There are many ways to describe a man as extraordinary as Lucius, but the one phrase that always comes to mind is a true southern gentleman. He exemplified honor and integrity. He lived by the VMI Honor Code “I will not lie, I will not cheat, I will not steal, nor tolerate those who do.”Along with his impressive legal career and service to our country, Lucius also taught the Dabney Bible Class on Sunday mornings at Gibson Memorial Church for approximately 50 years. He succeeded Judge Ramsey, who requested Lucius take over what was then called the Men’s  Bible Class, which was later renamed the Dabney Bible Class. The Dabney Bible Class was also broadcasted on the local radio station in Vicksburg. Lucius also would often speak of his best friend the  Holy Ghost and talked to Him daily. Lucius was fond of the many clubs and organizations he belonged to,  including being a founding member and on the Board of Directors of the Friends of Vicksburg Military  Park and Campaign, a member of the General Bar, Commercial Law League of America, American Lawyers Company, Insurance Bar, Army Navy Club, Vicksburg Amateur Radio Club, Warren County Bar Association (a past President), Mississippi Bar Association (a past President), Gibson Memorial United Methodist Church, Wahabi Shriners, American Legion Post #003 and Veterans of Foreign Wars. He was  also previously a member of the National Creditors Bar Association (previously NARCA) and A.M. Best Company, Inc. Lucius also held his Insurance Adjuster License and Real Estate License. Some of the  awards that were presented to Lucius during his life were the Mississippi Defense Lawyers of America  (MDLA) 2009 Lifetime Achievement Award, honored with a 50-year recognition plaque from the Society  of American Military Engineers for service and membership to their organization where he was a member since March 1950, recognition from the American Legion in 2005 for “Dedicated Service to the  Veterans Day Programs,” recognition from the senior law students of Mississippi College, School of Law,  in appreciation for teaching their Law Office Economics in 1977. He was admitted to the Fifth Circuit Court of Appeals in 1950-1992 as a qualified attorney and counselor of the United States Court of  Appeals for the Fifth Circuit. Lucius also presented and help select scholarship recipients for the  Mississippi College School of Law and the University of Mississippi School of Law. Lucius was one of a kind who created a wonderful life and legacy. Until we see you again, Mr. Dabney and Grandaddy, “after a while, crocodile.” Lucius is preceded in death by his parents, Inez Cherry Dabney and Lucius Bryan  Dabney Sr.; his son, John Gee, Jr., and his son-in-law David Bliss, Sr. He is survived by his loving wife of  58 years, Allene Hallberg Dabney; his children, Bryan (Lisa) Dabney, Bill (Susan) Dabney, Sara Bliss, Emily  (James) Dabney, and Cherry (Scott) Robbins; his grandchildren, David (Dawn) Bliss, Jr., Billy (Virginia)  Dabney, Ava Bliss, Thomas Dabney, Will Robbins, Devon Dabney, and Emme Robbins; and one great-grandson, Dalton Bliss. He is also survived by his close devoted friends Yvette and Danny Jansen, Shirley and Freddie Rush, Ed Shilling, and the “Friday Night Supper Club,” including Cathy and Ray Duncan;  Sandra and Lynn Bilbo; Michael Bilbo and his childhood friend George Downing. The family would like to extend a special thank you to the caregivers who have been caring for him lately: Cessalie Magee,  Brittney Moore, Edna Taylor, Michelle Minor Sims, Amber Coleman, and Louise Trueheart. There will be a memorial service held on Saturday, September 10th  with a visitation starting at 1 p.m. and lasting until 2:30 p.m. with a service to follow at 2:30 pm at Gibson Memorial United Methodist Church, 335 Oak  Ridge Road, Vicksburg, MS 39183. Memorials may be made to Gibson Memorial United Methodist  Church or to the Friends of the Vicksburg National Military Park and Campaign, P.O. Box 821286,  Vicksburg, MS 39182.