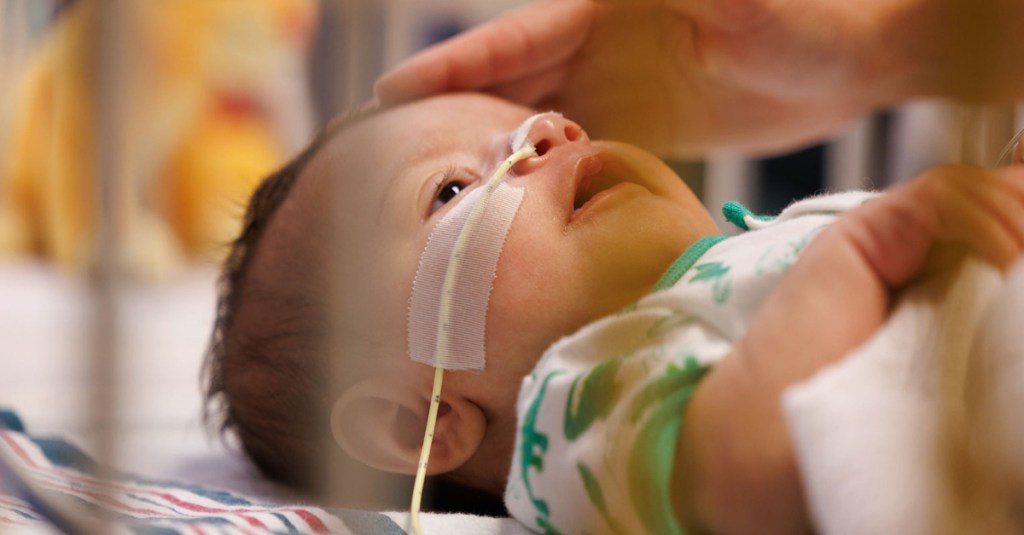 Three-month-old Wyatt Rankin of Pearl became seriously ill after contracting RSV, a common virus that can be dangerous for young children. (Photo courtesy of UMMC)

JACKSON, Miss. – Children’s of Mississippi is seeing rising cases of RSV among children at the state’s only children’s hospital as well as in its clinics and Emergency Department.

Case numbers have not reached the level seen last summer, when 316 patients from the emergency department and inpatient floors had been diagnosed with RSV from July 1-30, 2021.

“We saw a spike this month with the highest number of positive RSV tests, 52, recorded the week of Aug. 14,” said Dr. April Palmer, professor and chief of pediatric infectious diseases at UMMC. “That number was for adults and children, but most of the RSV was in children.”

Respiratory Syncytial Virus, or RSV, is a common virus that brings on cold-like symptoms and can cause serious illness in young children and older adults. Spread via respiratory droplets when a person coughs or sneezes, RSV is among the causes of pneumonia and bronchiolitis in children younger than 1.

RSV leads to about 58,000 hospitalizations with 100 to 500 deaths among children younger than 5 each year, U.S. Centers for Disease Control and Prevention statistics show. In babies younger than 6 months, RSV results in irritability, poor feeding, lethargy and apnea, sometimes with a fever. Older infants and young children will experience cough, sneezing, fever and sometimes wheezing.

Three-month-old Wyatt Rankin of Pearl was admitted to Children’s of Mississippi on Aug. 11 with RSV.

“We couldn’t wake him up, and he was lethargic,” said his mother, Donna. “Four days later, he was intubated and in intensive care.”

Wyatt is recovering from pneumonia, a collapsed lung and a bacterial infection, she said, “but it all started with RSV.”

RSV is usually a winter illness, but in 2021, Children’s of Mississippi saw a surge of RSV following the start of the COVID-19 pandemic the previous year.

“It’s interesting that we are seeing a spike this August,” Palmer said. “We did not know if last year’s spike was an aberration, and we’re not certain how long summer RSV waves will continue.”

Adults with RSV may not always show symptoms, but infants almost always do. Early symptoms of RSV — lower appetite, runny nose and coughing — may seem like a common cold. Babies younger than 6 months may be irritable with decreased activity and appetite. Fever may not always occur with RSV infections.

Parents should call their pediatrician or healthcare provider if they or their children are having difficulty breathing or experiencing worsening symptoms.

There is no vaccine against RSV, and treatment includes making sure children are getting enough oxygen and are not becoming dehydrated. To fight RSV and other viral infections, Palmer recommends good hand hygiene and keeping children home from school or daycare when ill.

Washing hands with soap and water for at least 20 seconds, keeping hands away from the face, coughing or sneezing into the inside of the elbow and cleaning and disinfecting surfaces people frequently touch such as countertops and doorknobs will prevent the spread of RSV as well as other viruses such as influenza and COVID-19.