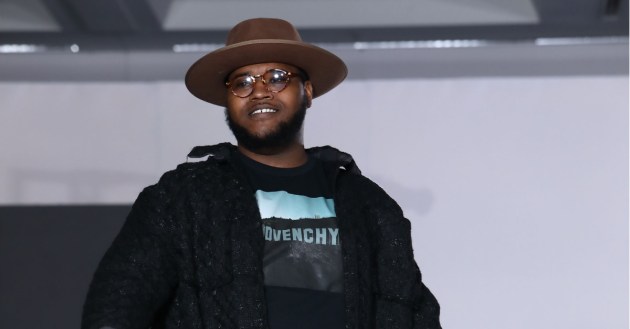 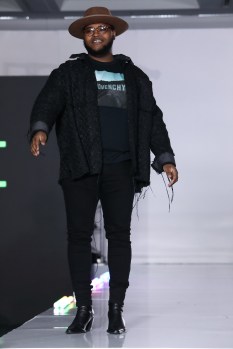 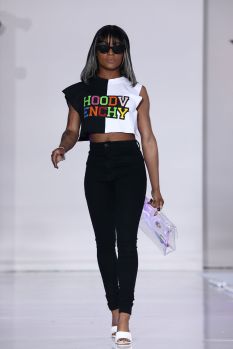 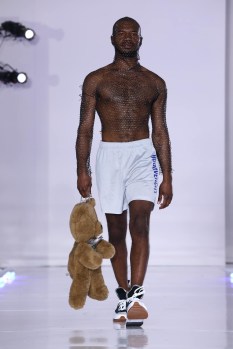 A model walks down the runway during a Hoodvenchy show, wearing items designed and styled by Vicksburg’s Raymond Banks. (Photo courtesy of Raymond Banks)

Finding a niche in the fashion industry takes determination, dedication and, of course, an eye for design.

Just ask Vicksburg resident Raymond Banks, who has recently returned from the Big Apple where he was one of the fashion designers invited to participate in New York Fashion Week.

Banks got his start designing bowties, he said, and from there, his love of fashion grew.

“I started designing in 2013. I made a bowtie for a program around Black History Month at our church, and from that one bowtie I catapulted into the fashion industry,” Banks said.

People began asking who made the bowtie, Banks said, and where could they get one.

Business took off for the young designer and for the next five years, Banks made and designed unique bow ties.

In 2018, he launched his Hoodvenchy brand, which is what garnered him a spot on the runway.

Banks said the Hoodvenchy concept started out as a joke, inspired by the name of luxury brand Givenchy.

“It wasn’t supposed to be a brand at all,” he said.

But it turned out that Banks’ spoof on designer labels was well received.

“A friend at Jackson State asked me to participate in a fashion show with his modeling squad and so I was like ‘I’ll do it,’ but I needed to bring something different than what I usually do,” he said.

Hence, inspired by the luxury brand scandals that were plaguing the design world in 2018, Banks said, “You know what, I am going to do something around this. I’m going to kind of poke fun at them, so I’m going to do Hoodvenchy.

“People loved the brand, and they loved the name,” he added. “And from there Hoodvenchy was born.”

One of the pieces Banks designed for the Hoodvenchy brand included a leather coat that had a list of well-known fashion brands on it with their names crossed out.

“It started with Gucci and Prada, Louis Vuitton and Fendi. Those names were crossed out, but I wrote Hoodvenchy on the bottom and circled it,” Banks said, adding that the design was intended to convey the message of “crossing off and canceling” top designers known worldwide and selecting Hoodvenchy instead.

For the New York show, Banks’ collection was titled, “Fall Semester at Hoodvenchy University,” and he described the 28-piece collection as streetwear that included tracksuits, hoodies and puffer jackets.

The entire collection is androgynous, Banks said, and can be worn by both men and women.

“This line was all about comfort; nothing was restrictive, and there was no avant-garde looks there,” Banks said. “Everything was accessible everyday items.”

The Fashion Week event was held at the 99th Scott Studio in Brooklyn, New York.

Prior to the New York Fashion Week, Banks said, in March he participated in the Los Angeles Fashion Week.

And now that he is back home, plans are to have a runway show in Vicksburg.

“I’ve given L.A. my time, I have given New York my time. Now it’s time for me to let people in Vicksburg see those works up close. They can see a video — that’s fine and they can see pictures, but I want to allow them to see the clothes for themselves,” he said.

Banks said he is hoping to have the runway show sometime in October.