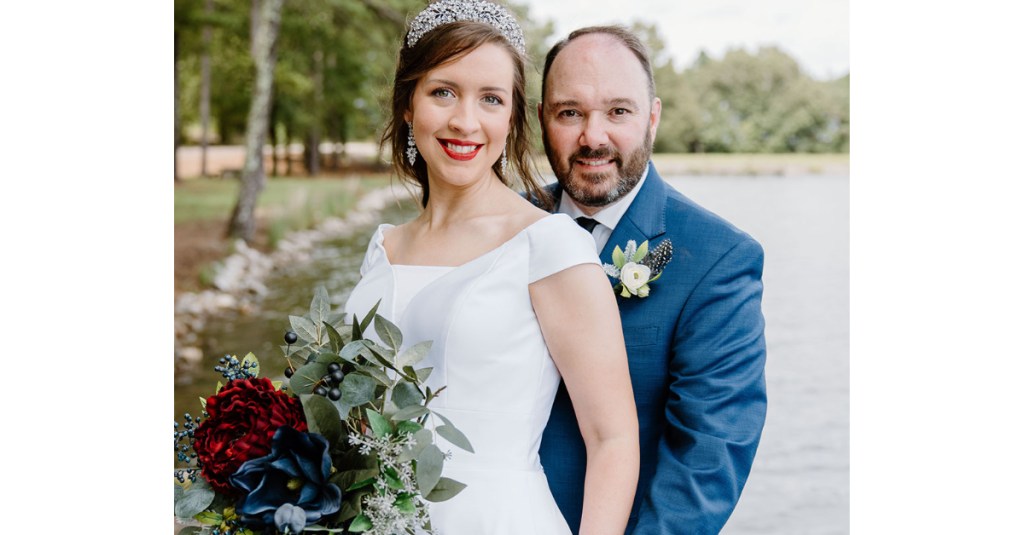 Michael Arthur Gleb II and Natalie Dawn Monk were married at 2 p.m. on Aug. 20, 2022, at Unity Baptist Church in Ripley.

The bride is the daughter of Mr. and Mrs. Tony Monk of Vicksburg. She is the granddaughter of Beth and Robert Breedlove, the late Roy Dickerson and the late William and Betty Monk.

The groom is the son of Ms. Deborrah K. Burgess of Monterey, Tenn., the late Mr. Michael Arthur Gleb and Mrs. Janet Gleb of Cheyenne, Wyo. He is the grandson of the late Tom and Hazel Horn and the late Forest and Ramona Gleb.

The bride was given in marriage by her father, Pastor Tony Monk and her chosen colors were crimson, navy and gold.

A reception followed at The Bennett Dining Hall.

For a wedding trip, the couple traveled to historic Charleston, S.C. They will make their home in Torrington, Wyo.

The bride is an independent contractor audio transcriptionist, and the groom is the pastor at Torrington Baptist Tabernacle, in Torrington, Wyo.