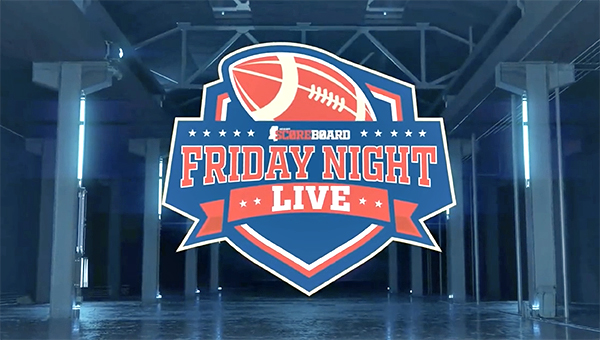 Back when he was a sports anchor for WJTV in Jackson, T.J. Werre said he and other reporters would talk about having a channel similar to the NFL’s RedZone for high school football.

The show will start at 8 p.m. each Friday and be hosted by Werre. Werre, who worked at WJTV from 2010-19 and is currently the director of communications for the Mississippi Manufacturers Association, said he jumped at the chance to be a part of it when it was pitched to him earlier this summer.

“Five seconds after they told me what it was about, it was like, ‘I’m in,’ because this idea is genius,” Werre said.

The show is believed to be one of the first of its kind in the country. Werre thinks it can be a hit in Mississippi because of the state’s unique relationship between its communities and its high school football teams.

“We’re fortunate in Mississippi that everyone knows who’s who and where everyone is at, and I think that’s why we can pull it off. We’re in a unique position to be able to do something like this,” Werre said. “If we’re the first, I think that’s awesome. I am looking forward to being the first, and I’m looking forward to doing this well so we can do this for years to come.”

The challenges of producing a high school version of RedZone are monumental. Unlike the NFL or college versions that only need rights clearances from a handful of broadcast partners, Mississippi Scoreboard has to negotiate with individual high schools to show parts of their games.

Between the MHSAA and MAIS, there are more than 300 high school football teams in Mississippi. About 20 mostly larger schools have signed on for “Mississippi Scoreboard Friday Night Live” so far.

Warren Central and Vicksburg High both have deals with the NFHS Network to stream their games. They will appear on the show when they play opponents that produce their own livestreams — Warren Central’s road game Friday at Oak Grove, for example, will be included — but not home games.

Werre said the NFHS was open to allowing access to its Network feeds and working through the contracts is not an insurmountable obstacle. He hopes to add some NFHS Network-affiliated streams to the show in 2023, but avoiding them this season simplified the rollout.

“It’s mainly the 5A and 6A schools that have the streaming through their own independent streaming. A lot of the smaller schools have it through NFHS, so that makes it a little more difficult to broaden the spectrum,” Werre said. “But what we’re really hoping to accomplish here is to make sure we can do this. I’m not too worried about getting everybody in one year. When we debut Friday night, I just want it to work.”

How it’ll work is as impressive a feat as wrangling access to the streams themselves.

The show will originate from the Mississippi Sports Hall of Fame in Jackson, where Werre and the production team will monitor about 20 games simultaneously on monitors and computers. Cutting to the right ones at the right times, and offering some informed level of insight about all of them is no small task.

Werre said he’s spent a lot of time studying the basics on each team that will be featured. Some pre-taped interviews and segments could also be included to help fill time if a number of games go to a break at once. Starting at 8 p.m., rather than 7 or 7:30 when games kick off, was to help the production team deal with any technical glitches that might arise.

“Production-wise it’s not as complicated as you might think it is. We’ve got a monitor that will be to my right on the desk and it’s got a preview of every game that streams that we’ve pulled up. We’ll be locked into five or six games and I’ll have two or three or four more on my laptop that if I see something happening I can say let’s lock in on this game, pull it up, and see what’s happening there,” Werre said. “My eyes, when we did our run-through last Friday, were just darting from game to game. It’s kind of fun, honestly. It may sound hectic, but I enjoy it. It’s an adrenaline rush.”

This season, Werre hopes to mostly work out the bugs for the show and build a following. The feedback he’s gotten leading up to the premiere has been positive, he said. If it translates into viewers on Friday night, “Mississippi Scoreboard Friday Night Live” could become as big a part of the fabric of high school football as marching bands and postgame radio shows.

“It’s been great. All the stuff I’ve seen, from what I’ve shared, everybody is really excited about it. I’m excited about it, too. Fingers crossed that technology agrees and the streams work, and we have a successful show,” Werre said. “I have a good feeling about it, and I am looking forward to doing this, doing it well, and making this a part of the Mississippi high school football tradition for years to come.”