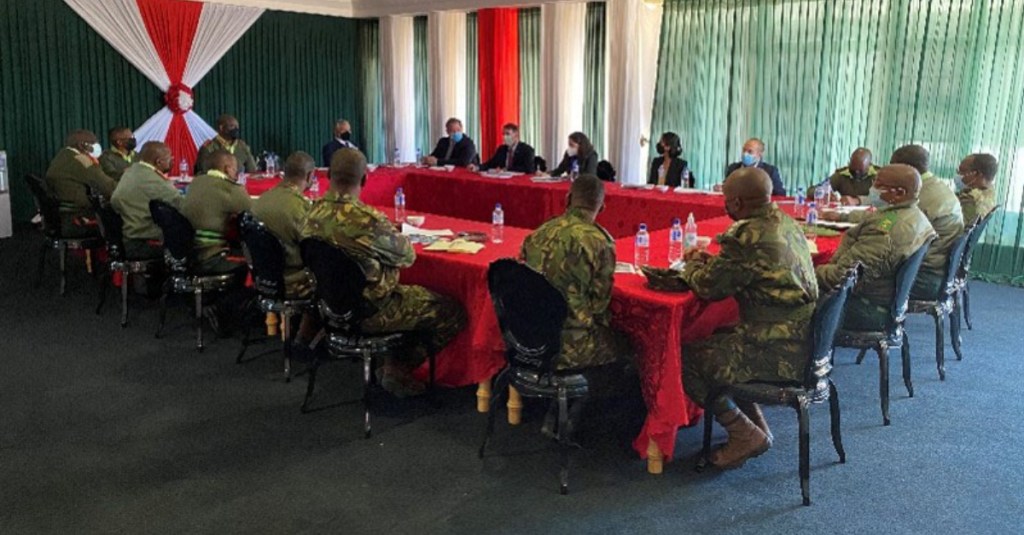 According to Greenpeace Africa, the Okavango Delta in Botswana is home to some of the world’s most endangered species of large mammals, such as the cheetah, white rhinoceros, black rhinoceros, African wild dog and lion.

It is also home to huge populations of elephants and hippos.

The Okavango Delta is fed by the Cubango and Cuito Rivers that originate in Angola, merge and briefly flow through Namibia, before ending in the Okavango Delta in Botswana. The river system is unique because the water that reaches the delta does not empty into the ocean or another body of water — it dead ends in the Kalahari Desert and simply evaporates.

“The Okavango Delta Region is very important to Botswana because it is a major source of international tourism,” Chappell said. “The region is a United Nations Educational, Scientific and Cultural Organization (UNESCO) World Heritage Site, and the abundance of wildlife makes the region a destination for non-hunting safaris.”

Additionally, the Okavango Delta is the main source of water for local communities in the region. However, Botswana has no control over the headwaters from the rivers; those are controlled by Angola and Namibia, which have varying levels of cooperation with Botswana.

The second factor threatening the Okavango Delta is that Angola and Namibia are working to develop their own economies. Part of this development is bleeding water from the river system before it gets into the delta in Botswana.

The Biden-Harris Administration recently announced a White House Action Plan on Global Water Security, recognizing that water insecurity is a growing challenge in every region of the world and that each community faces its own local challenges. The U.S. is taking a “whole-of-government” approach to creating a more water-secure world where people and nations have the water they need to be healthy, prosperous and resilient.

In June 2022, through a request from the U.S. Department of State, Chappell and the team traveled to meet with Botswana’s Ministries of Environment & Tourism and Agriculture, the Botswana Defense Force Research and Development team, the Okavango River Basin Commission and various other academic and non-governmental organizations.

“The overall mission was to begin a dialogue with the Botswanans to give them some scientific capabilities and tools, specifically USACE and ERDC expertise, to aid them in their interactions with Angola and Namibia as it related to preserving the Okavango Delta region,” said Chappell.

Stakeholders expressed interest in USACE’s ability to facilitate bringing people and organizations together, promoting diverse perspectives to policymakers and raising risk awareness and understanding in support of decision making.

Chappell leads the ERDC Environmental Laboratory’s Soil and Sediment Geochemistry team, which participates in global soil sampling. As a soil scientist, Chappell’s specific mission was to focus on ERDC capabilities that could benefit Botswana in terms of soil and environmental security.

Stakeholders were interested in opportunities to support basic and applied research, as well as development in water resources and soils-related technical services, geospatial information systems and disaster preparedness.

“One thing we discovered — and it is a problem we find throughout the world — is that the United Nations did an extensive soil survey of the entire country in the 1970s and 1980s, but the surveys were never published,” Chappell said. “Unfortunately, no one in the Botswanan government has access to these surveys.”

The first goal for Chappell and ERDC is to digitize the old soil surveys to make them accessible to the Botswanan government, as they would greatly benefit the country.

Botswana is an agrarian society; however, agricultural yields are below average, creating vast food insecurities in a country that is defined as medium-income. This is due, in part, to the people not knowing the specifics of the soil they are working with.

“ERDC has been developing a lot of technology related to predicting a soil’s taxonomy — very detailed information about a soil and how it develops,” Chappell said. “This information can tell us a great deal about an area, but we have hardly any of this type of information for parts of the world other than the U.S.”

Moving forward, ERDC will look at the soil surveys and digitize and publish the information. Chappell, working with the Botswana Defense Force Research and Development team, will examine what kind of soil Botswana has and focus on gaps in the information. Once those areas are identified, ERDC will assist in developing a program to fill them.

“The ultimate goal for the State Department is to help the Botswanans develop programs that will allow them to solve their problems,” Chappell said. “Once these programs are developed, we want to transfer knowledge, and some technology, that will give the Botswanan government the power to make good decisions.”