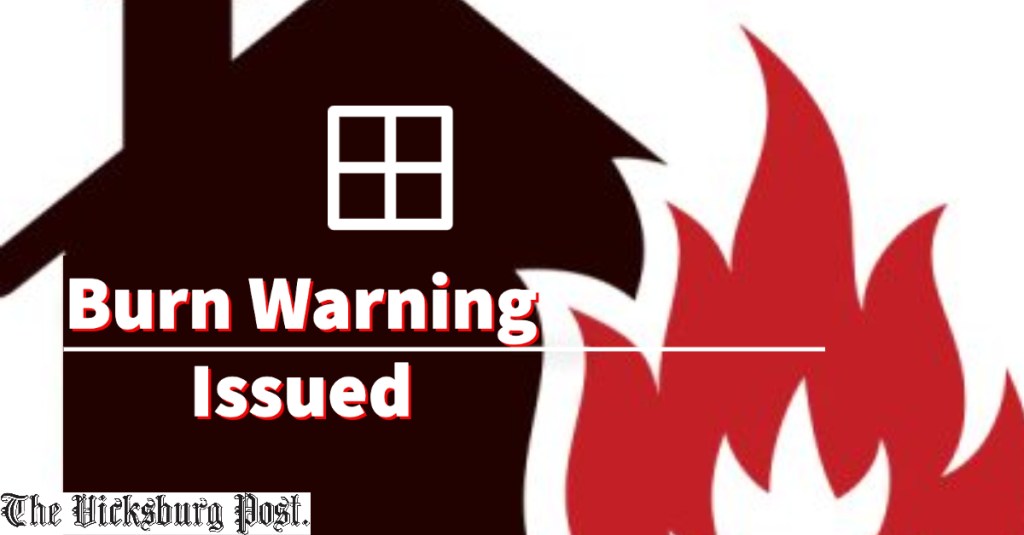 The arrival of dry, windy conditions has caused county officials to be concerned about the potential for grass and woods fires in the area.

And while county fire service officials say they are not going to ask the Warren County Board of Supervisors for a burn ban, they are telling residents to refrain from any burning.

“We shared on Facebook that outdoor burning is discouraged,” Warren County Emergency Management Director John Elfer said. “Now is not really a good time to burn outside. People need to watch cigarettes and you’ve got to watch the chains on trailers so they won’t drag the ground and cause sparks and cause a fire and that would not be good.”

The National Weather Service Office in Jackson has issued a warning for dangerous wildfire conditions through Wednesday.

“We’re not being affected directly by Hurricane Ian, but just the way the rest of the weather pattern is evolving around it, it’s helping to bring some drier air and some breezy winds to the area,” NWS meteorologist Nichllas Fenner said. “It probably looks like the driest and the windiest day out of the next few will be tomorrow (Wednesday) with humidity dropping around to 25 percent and our winds in the 15-20 mph range, which gets to be concerning for area fire officials.”

The conditions, he said, are being driven by a high-pressure area that moved in behind a cold front that previously passed through the area. Conditions will probably remain dry through at least until early next week, he added.