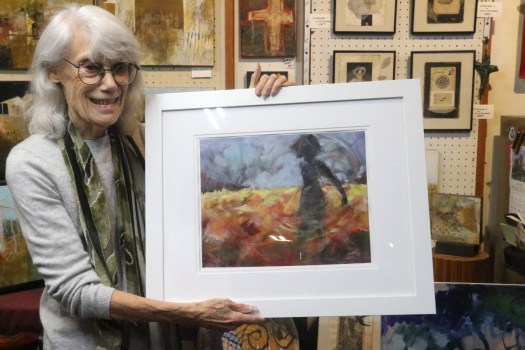 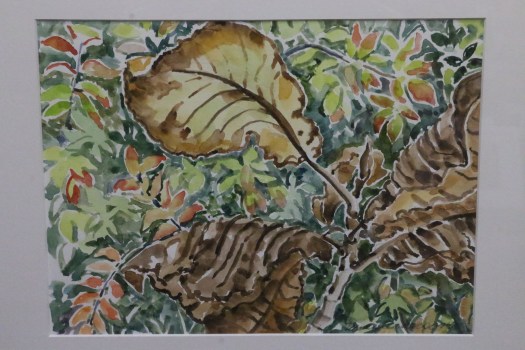 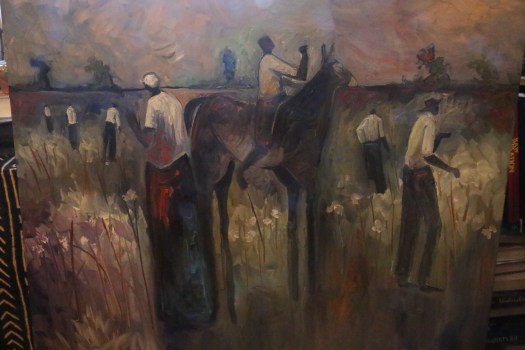 A piece by Kennith Humphreys, on display at the Attic Gallery in downtown Vicksburg.

The Attic Gallery will celebrate its 51st anniversary on Oct. 7, and after reaching a milestone last year, gallery owner Lesley Silver decided to title this year’s annual themed show, “Another Chapter.”

After celebrating 50 years last October, Silver said, one begins to ask themself what’s next and how can we follow that, and the answer she said she kept coming up with is “keep going.”

“People kept saying this is the time and how are things changing and everybody seems to be walking around in a little fog sometimes wondering, so I thought we are all coming to this, another chapter in our life. We now take vaccines, we have to be cautious, we wear protection and it just seemed like the right thing to do,” Silver said, in reference to the art show’s theme.

Silver said her themed shows are always the most popular with the artists because they like to see one another’s interpretations.

“One of the things the artists love, is they love to see what the other artists are doing with the theme,” she said.

Initially, Silver did not have a themed show every year, but because she was constantly asked, “When are you doing your theme show?” she decided to make it an annual event.

Many of the artists who have participated throughout the years have also developed a following in Vicksburg and have become easily recognized, Silver said.

“Their names are recognized, and people can tell who did the art because of the way they do it,” she said, adding she feels this familiarity has broadened Vicksburg’s art perspective since they are seeing work from people in other places.

This year, in addition to many of the familiar names who will be participating in the art show, Silver said, Mary Anderson Pickard, daughter of well-renowned Gulf Coast artist Walter Anderson, has also submitted pieces for the show.

“She is really excited to be in the show,” Silver said.

Pickard has previously shown her work at the Attic Gallery.

“About 30 years ago, I had a show of hers and her son. They came here when they were doing the fundraising for the Walter Anderson Museum and we had a function at our house to raise funds and we did a show after that,” Silver said.

Since that time, Silver said, Pickard’s work has evolved, and her colors are now “more like her dad’s.”

The art show will run from 7 to 9 p.m. on the third floor of the gallery, which is also Silver and her husband Daniel Boone’s home, at 1101 Washington St.