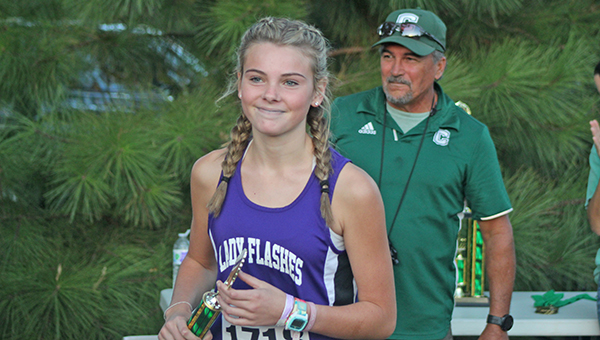 St. Aloysius’ cross country team is 5-for-5 this season.

It’s the third victory of the season and second in a row for Eldridge, and the fifth in as many meets for St. Al. Eldridge’s teammate Samantha Edwards won the other two races.

Eldridge had no trouble on Monday. She ran her best time of the season and beat runner-up Reese Johnson of Madison-Ridgeland Academy by 17 seconds. Jackson Prep’s Gracie Atkinson was third, in 20:47.

St. Al totaled 118 points to finish fourth out of nine teams. Madison-Ridgeland Academy won the girls team title with 49 points, Columbia Academy was second with 53 and Jackson Prep third with 65.

Cathedral won the team title with 48 points, after placing three of the of top six runners. The Green Wave’s Barrett Burget won the individual title with a time of 17:39.

St. Al was fifth in the team standings, with 121 points.