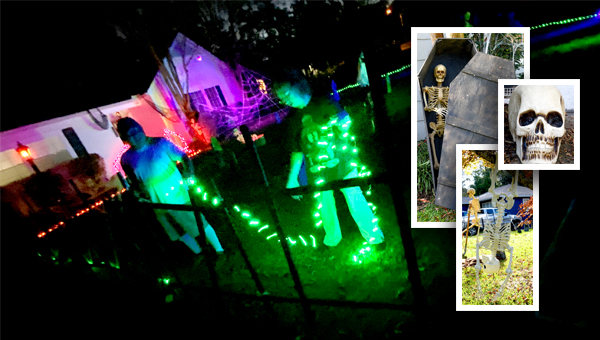 Halloween is creeping closer and many in the Vicksburg community are asking when trick-or-treating will be observed.

“Trick-or-treating is a tradition that children in our country have enjoyed for many years and traditionally it is always observed on Oct. 31, which is Halloween,” Pace said.

But while this tradition of trick-or-treating is observed on Oct. 31 — Halloween — Pace said, “Over the years I and other law enforcement agencies have received calls about when Halloween would be celebrated.”

The reason for these calls may be due to when several years ago, he said, trick-or-treating in Warren County was held on an alternative day.

“The public is rarely ever asked to celebrate trick-or-treating at a date other than Oct. 31,” Pace said, but there have been a couple of times, he said, that it was moved.

“I can remember a number of years ago here in our community where we had a Vicksburg High and Warren Central home ball game on the Friday night which was Halloween. The Mayor and Board of Aldermen and county board of supervisors each entered into proclamations asking the public to celebrate it the day before,” Pace said, which had been Oct. 30.

The reasoning for this decision, he said, was for safety.

“The decision was made so as to not overtax law enforcement charged with providing public safety because of the dual responsibilities on that night,” he said.

This year, however, there are no conflicting events. Pace and Vicksburg Police Chief Penny Jones met and discussed a safe time for trick-or-treating to be observed. Both agreed on the 6 to 8 p.m. slot on Halloween, Oct. 31.

“For the parents that allow their children to participate in trick-or-treating we ask them to always observe common sense safety rules,” he said. “Don’t allow young children to go by themselves.  Trick-or-treaters should always be dressed in light or bright-colored clothes and if possible, wear reflective panels.

“It is wise not to let your children go to homes or into neighborhoods that they are not familiar with.”

Pace also issued a caution to drivers. Given the number of children on the streets, local law enforcement will have a “zero-tolerance policy” for traffic violations. Fast and reckless driving in and around any of the areas where children may be trick-or-treating will result in a citation.