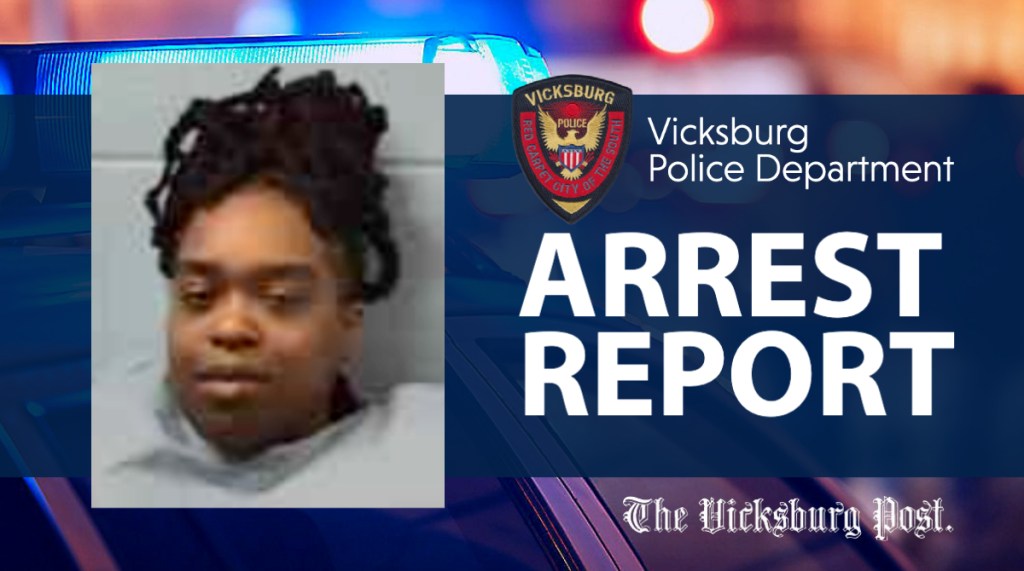 The weekend was a busy one for the Vicksburg Police Department, with the arrest of a woman for possession of a stolen firearm and a birthday-party-gone-wrong shooting incident that sent one to the hospital.

Jaleesha Bingham, 26 of Vicksburg, was arrested on Nov. 19 at 1:30 a.m. following a traffic stop of the vehicle in which she was a passenger.

A Sig Sauer 9mm pistol that had been reported stolen in Port Gibson was found in her possession.

Bingham appeared before Judge Angela Carpenter in Vicksburg Municipal Court on Monday on a charge of possession of a stolen firearm. Her bond was set at $5,000 and she was bound over to the Warren County Grand Jury.

At 11:28 p.m. on Nov. 19, VPD officers responded to an address in the 1900 block of Martin Luther King Jr. Boulevard in reference to shots being fired into a house.

The resident reported she heard someone arguing outside and then someone fired three shots. One bullet entered the home and struck a television.

There were four people inside the residence at the time. This case is under investigation.

Gunfire at birthday party sends one to hospital

At 9:27 p.m. on Sunday, VPD officers responded to the Vicksburg Commons, 4000 South Frontage Road, for a reported disturbance with shots fired.

Witnesses stated a private birthday party was being held there and some male subjects in the parking lot began discharging firearms, then fled in a gray sedan. One person, a juvenile female, was struck by a vehicle and was taken by a Vicksburg Fire Department ambulance to the University of Mississippi Medical Center for treatment.