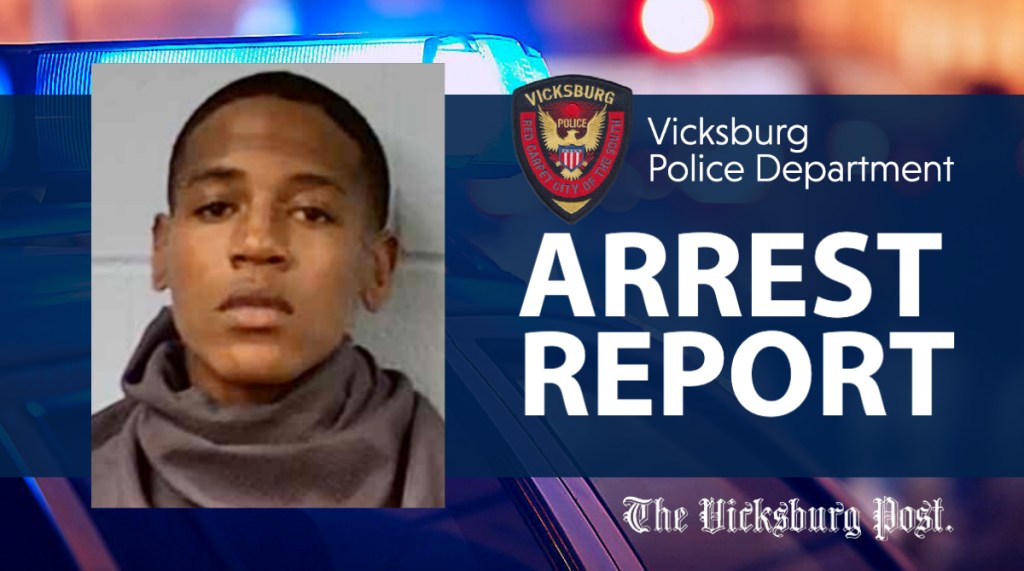 Derrick L. Darden. Jr., 22, of Vicksburg was arrested Monday at 9:45 p.m. on a warrant for possession of a firearm by a convicted felon.

Another suspect, Charley Brown, was arrested in April 2021 but was charged with a misdemeanor.

Darden appeared in Vicksburg Municipal Court before Judge Angela Carpenter on Tuesday, where he was bound over to the Warren County Grand Jury on a $50,000 bond.

Darden’s arrest took place at 820 Veto St. — the Vicksburg Police Department — after he was taken into custody by the Warren County Sheriff’s Office on multiple unrelated charges at approximately 8 p.m. Monday.