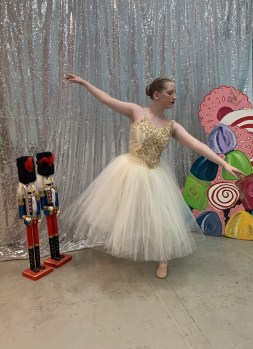 Ann Marie Jeffers rehearses her role in full costume ahead of the Debra Franco Preparatory School of Dance’s performance of “The Nutcracker.” (Photo Submitted) 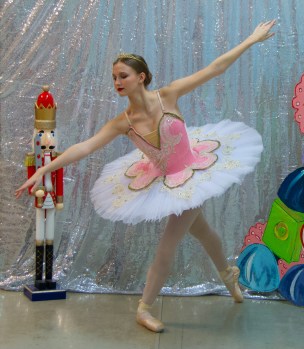 Rylan Liles, who will dance the role of the Sugarplum Fairy, poses in costume. 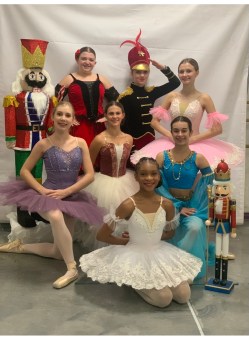 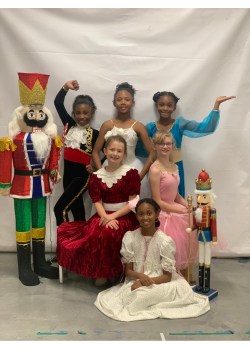 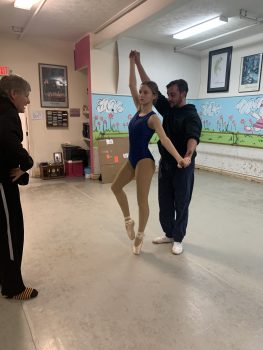 The Debra Franco Preparatory School of Dance is set to perform Tchaikovsky’s fairytale ballet “The Nutcracker” this weekend.

First performed in 1892, at the Mariinsky Theatre in St. Petersburg, “The Nutcracker” ballet has since become a holiday tradition presented worldwide.

It has also become a tradition for Franco’s studio. Since the ’80s, her dancers have been performing “The Nutcracker” in alternating years.

“I like doing ‘The Nutcracker’ because I like passing down traditional classical dances to the next generation. And I want to empower these young women to know the story and to know the dances the way they were originally set,” Franco said.

And while Franco’s production includes music from the original score and techniques of classical ballet, there have been a few tweaks.

“So all ages can enjoy the production, we have cut some of the music down, so it is not as long and we tell the story in more of a musical theater Broadway style,” she said.

Both Newmann and Arredondo are freelance dancers, each with different professional companies.

Playing the part of the Nutcracker in the production is Warren Central High School student Colby Solomon.

Franco said the story of “The Nutcracker” ballet is a Christmas story about Claire, a little girl whose godfather brings her a nutcracker on Christmas Eve. But it’s not just any ordinary nutcracker, she said

“This nutcracker has been enchanted and when the clock strikes midnight, all the magic begins,” Franco said.

For those interested in getting in on the magic, the Debra Franco Preparatory School of Dance performances of “The Nutcracker” will be held beginning at 7:30 p.m. Saturday, Dec. 3 at the Parkside Playhouse Theatre, 101 Iowa Ave.

Tickets will also be sold at the door, but Sunday’s matinee performance is already sold out; therefore, advance tickets are recommended.